'Difficult to find a replacement': Gambhir explains why India missed Kohli in Johannesburg Test against SA 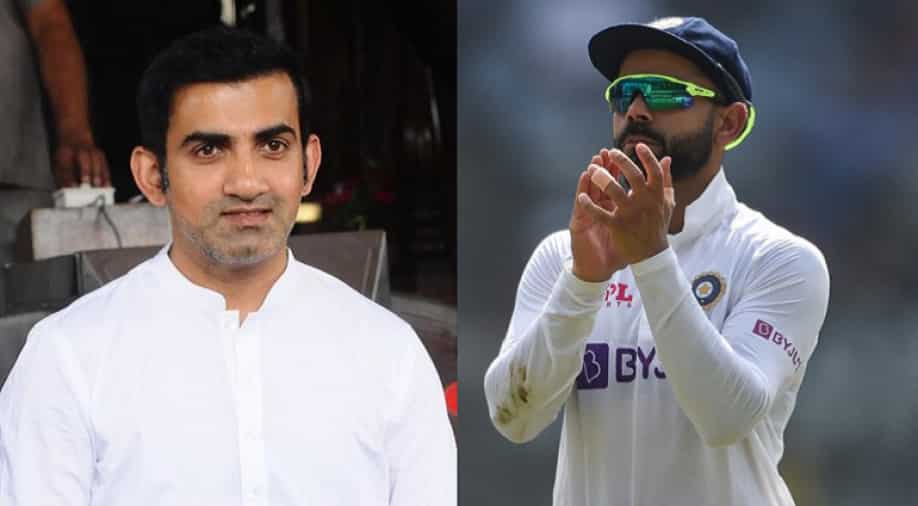 KL Rahul led India in the second Test against South Africa at The Wanderers in Johannesburg after Virat Kohli was ruled out of the game due to a back spasm. It was Rahul's debut Test as the captain of the Indian team as he failed to inspire the visitors to a victory against the Proteas. India lost the Test match by seven wickets after failing to defend the total of 239 runs during South Africa's second innings.

With the win, South Africa levelled the three-match series 1-1 making the final third Test a decider for both teams. Former India opener Gautam Gambhir reckoned India missed regular skipper Kohli in the second Test not just as a batter but also as a leader. Gambhir explained why batters like Kohli can't be replaced by anyone despite them undergoing a rough patch with the willow.

"We definitely missed Virat Kohli the batsman. Steve Smith, Joe Root, Kane Williamson, Rohit Sharma, these are the type of batters you miss. And it is difficult to find their replacement, no matter what form they are in, because the expectation remains that they will score those big runs," said Gambhir on Star Sports.

"But Kohli the captain, we missed him as well because he is so experienced and things turn simpler for experienced captains because they have been around for long,” he added.

In the series-opener, Kohli had failed to notch up big scores with the bat but was exceptional as a captain on the pitch as he powered the visitors to a thumping win to take a 1-0 lead in the series. Gambhir believes Rahul will need time to learn and should be a quick learner as Test cricket is not as easy as ODIs and T20Is.

"But KL Rahul, the more time he spends, the better he will learn, but the faster he learns the better it is. This is not like ODI or T20I captaincy, which is far easier because you don't have to focus much on-field placements. In Test cricket you need to buy the wickets, sometimes even gamble with your choices," said the former India opener.

"Like in the case of Bavuma, had he placed three slips instead of keeping one at the cover and tempt him into playing the drive maybe there could have been an opportunity for caught behind. But he kept a deep point which was a defensive mindset and it is something that he should be told about. You need to be an aggressive captain, not by attitude, but with your field placements,” he explained.

India will be looking to bounce back to winning ways when they lock horns with South Africa in the third and final Test which gets underway from January 11. The series is currently locked at 1-1 with India one win away from securing their maiden Test series victory in South Africa.