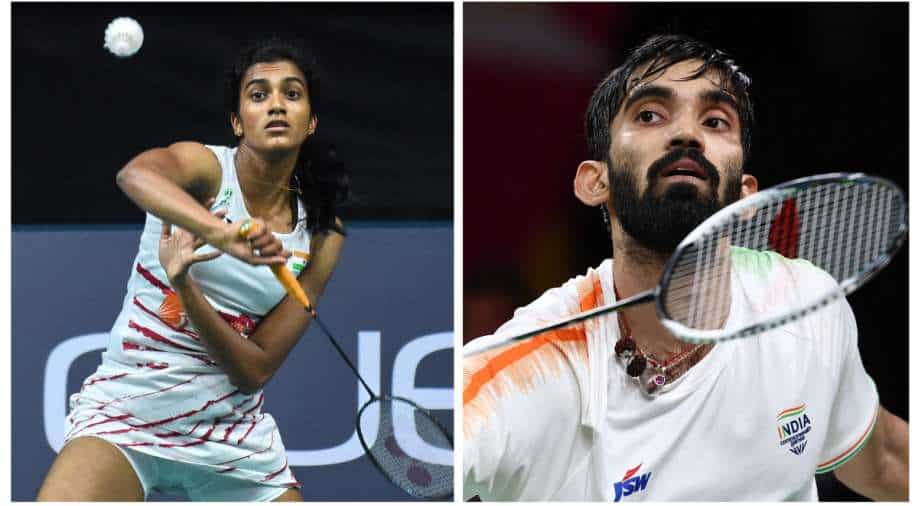 On Friday (August 05), PV Sindhu and Kidambi Srikanth continued their merry runs at CWG 2022 edition, in Birmingham, by notching up easy wins in their respective games in the singles category. Sindhu moved past Uganda's Husina Kobugabe without dropping much sweat to win 21-10, 21-9. Meanwhile, Srikanth got the better of Sri Lankan Dumindu ABEYWICKRAMA with a 21-9, 21-12.

Talking about Sindhu's contest, the 27-year-old was at her dominant best. However, she didn't start off very well. The Indian star shutter was trailing 2-3 before gaining momentum and there was no looking back for her post that.

At the halfway mark of the first game, Sindhu was up by 11-4 before claiming it 21-10. In the second and penultimate game, she was ahead 11-6 and closed the contest in a jiffy.

ALSO READ | Commonwealth Games 2022: EXPLAINED! Why all wrestling bouts got delayed on Day 8 in Birmingham

Srikanth, on the other hand, was right on the money from the word go and led 11-5 at the halfway stage of the opening game. He eventually won 21-9 and impressed the spectators with his creative shots. In the second game, his opposition came up with some good shots but the writing was always on the wall.

The 29-year-old Srikanth, who was in sheer disappointment after India's mixed team lost the final to Malaysia, will be desperate for redemption and look to go the distance in the singles round and return with gold.