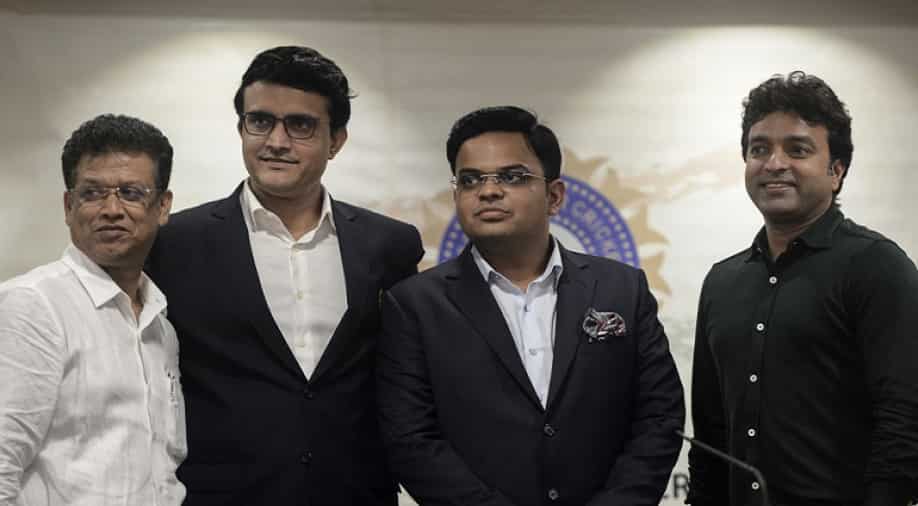 BCCI set for major cash influx through IPL media rights for the next 5 years. Photograph:( AFP )

The Board of Control for Cricket in India (BCCI) is likely to receive up to a whopping USD 5 billion for the new broadcasting rights of IPL for the next five-year cycle.

The Board of Control for Cricket in India (BCCI) is set for a huge cash influx as the new broadcasting rights for the Indian Premier League (IPL) might fetch up to USD 5 billion (approximately 36,000 crore INR) for the next five years. The IPL media rights are currently with Star India, a subsidiary of The Walt Disney Company India.

Star had outbid Sony India to clinch the IPL media rights last time around which are currently valued at USD 2.5 billion (Rs 16,347.50 crore INR). However, a US-based company among others has expressed interest in acquiring the IPL broadcasting rights for the new five-year cycle. The valuation could more than double this time around and reach around USD 5 billion.

Star currently holds the TV and digital rights for IPL from 2018 to 2022. As per a report in PTI, a US-based company had sent feelers to BCCI a while back while expressing their interest in buying the broadcasting rights of IPL for the next five years. However, any overseas company will need to have an Indian wing to be awarded the rights.

“There is a well-known US-based company which did send BCCI feelers some time back, expressing their serious interest in bidding for IPL media rights. With 10 teams playing IPL from 2022, the matches will go up to 74 and in any case, the valuation of the property increases,” a senior BCCI official was quoted as saying by PTI.

“But with two new teams about to fetch anything between Rs 7000 crore to 10,000 crore, the broadcast rights are certainly going to shoot through the roof. So expect the IPL broadcast rights to go for anything above USD 4 billion and maybe up to USD 5 billion,” he added.

The valuation of IPL's broadcasting rights for the next five-year cycle is also expected to double due to the addition of two news teams in the competition from the 2022 season. With ten teams into the fray, the number of matches will significantly increase which also effectively takes the media rights price much higher than before.

The bidding process for the two news teams has already started with several big brands and businesses showing interest in becoming new IPL owners. The two teams are likely to be announced by October 25.