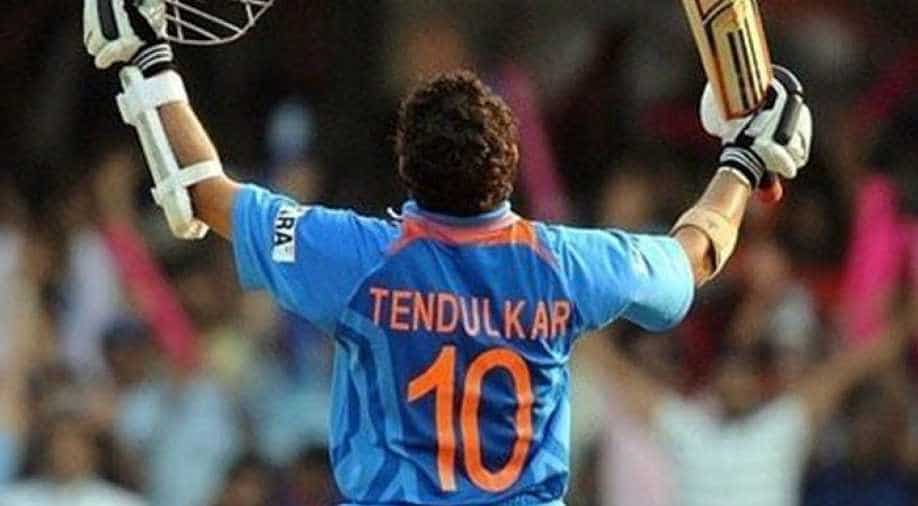 During 2003 World Cup match against Pakistan, Sachin Tendulkar scored 98 runs off 75 balls to hand India one of the famous wins against arch-rivals

Ahead of India vs Pakistan T20 World Cup match, which is scheduled for Sunday (October 24), former Indian pacer Ashish Nehra shared some treasured memories associated with the rivalry that he still remembers. He also revealed how an Indo-Pak match coined the nickname of legendary Sachin Tendulkar.

During a chat with Cricbuzz, Nehra narrated a fascinating story from a 2003 ICC World Cup game between arch-rivals India and Pakistan that India won by six wickets in Centurion, South Africa.

During the conversation, Nehra spoke in Hindi that can be loosely translated in English as: "When you talk about India vs Pakistan, we have seen many interesting clashes. For me, the most important... that I remember even today was the one in ICC World Cup 2003 in South Africa. Sachin Tendulkar was outstanding. With Sachin Rahul Dravid and Yuvraj Singh also played really well."

ALSO READ | Hardik Pandya opens up on 'dream' of playing for India, credits his father for his success

The former pacer said that match was interesting both on and off the field as he shared an incident when a new nickname for Tendulkar was coined. Nehra, during the chat, said, "When the team was returning in the bus, youngsters in the team started calling Sachin 'Paaji' after Harbhajan Singh cheerfully sang 'Paaji number 1' at the Centurion."

The 42-year-old highlighted the gravitas of the match as it was the last clash of his "childhood heroes" Pakistani pace legends Waqar Younis and Wasim Akram. However, the result was in India's favour as Sachin Tendulkar scored 98 runs off 75 balls to hand the Men in Blue one of the famous wins against Pakistan in the World Cups.

The bilateral series between India and Pakistan has been suspended due to political reasons and previously, the arch-rivals met at the 2019 World Cup in England, where India won against Pakistan and maintained their unbeaten record in World Cups.