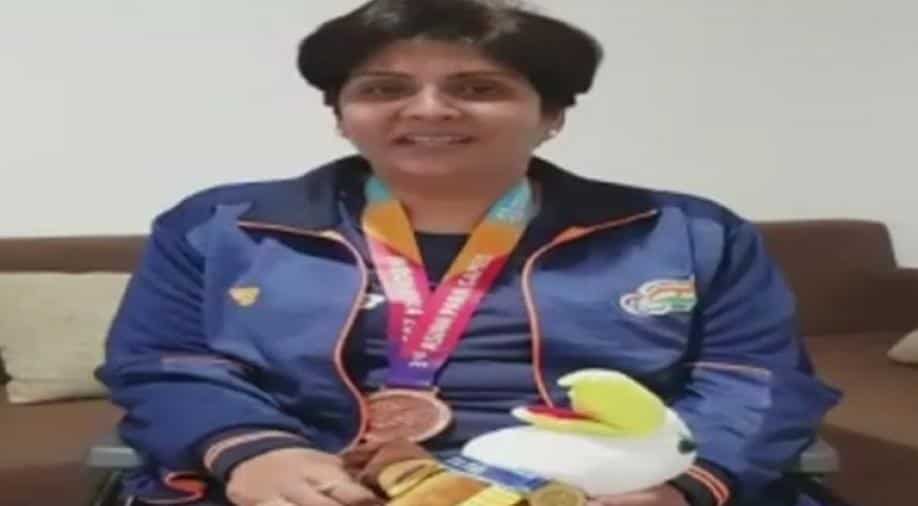 Deepa Malik won her second medal at the 2018 Asian Para Games on Friday after winning a bronze in the women's F51/52/53s discus throw event.

Rio Paralympics medallist dedicated her medal to her "father's memory".

After winning the medal, she said, "I'm happy. It's special for me. I dedicate this to my father's memory. Both my medals are special."

"Proud that I won this for my nation. Thankful to Target Olympic Podium Scheme&Paralympic Committee of India," concluded Deepa Malik.

Deepa produced her best effort in her fourth attempt, a 9.67 metre throw to claim the third spot. Elnaz Darabian of Iran took home the gold and set a new Asian record with her best throw of 10.71m. Fatema Nedham of Bahrain won the silver with 9.87m.

The other Indian in the fray, Ekta Bhyan, who had won the gold in the women's club throw event, finished last in a four-woman field, with a best attempt of 6.52m.

In F51/52/53 category, athletes have full power and movements in their arms, but no power in their abdominal muscles and typically no sitting balance. They compete in seated positions.