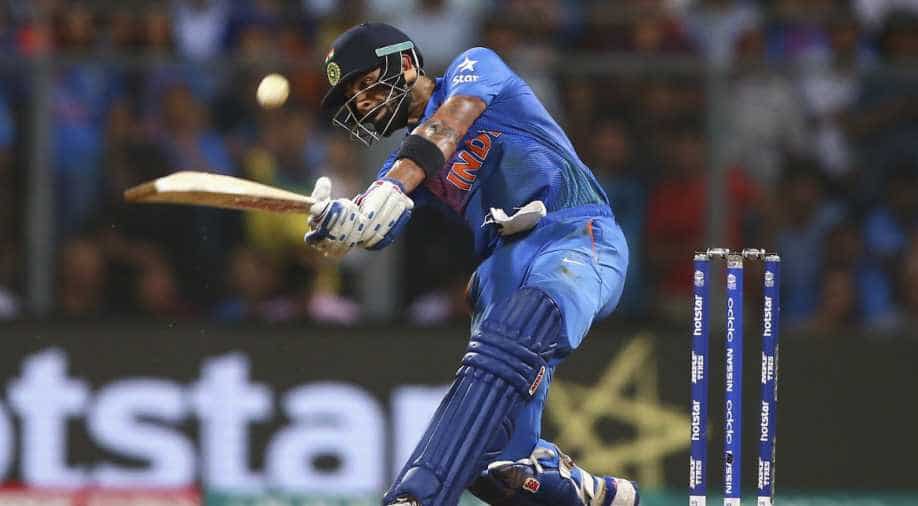 Ravichandran Ashwin was back in his element with yet another five-wicket haul, setting up a perfect launchpad for skipper Virat Kohli to extend India's lead to 298 runs against England on the third day of the second cricket Test here.

Courtesy Ashwin's 5 for 67, the first time he has picked so many against England in an innings, India bowled out England for 255 in their first essay to take a commanding lead of 200 runs.

Deciding against enforcing follow-on, India reached 98 for 3 in their second innings at close of play with skipper Kohli once again leading from the front with an attacking 56 off 70 balls. His innings was laced with six boundaries.

First-innings centurion, Kohli, was batting in the company of Ajinkya Rahane (22).

While the pitch has not deteriorated massively, but batting on fourth and fifth day will be trickier and Kohli would like to take charge and set up a target beyond the reach of the visitors, who will be batting fourth.

After an indifferent first session, it was Ashwin, who turned the tables on the visitors with his 22nd five-wicket haul in Test cricket.
The off-spinner faced some challenges but he returned to rip through the tail with wickets in successive deliveries after Ben Stokes (70) and Jonny Bairstow (53) put on 110 runs for the fifth wicket.

With overnight figures of 2 for 20, Ashwin had a lean first spell (9-1-33-0) after he was introduced in the second over of the day, struggling to break the Stokes-Bairstow partnership.

But he returned in the second session and got the balls to grip and skid off the pitch in a fine spell of 7.5-0-14-3, which included the wicket of England top-scorer Stokes, who hit 11 boundaries.

Ashwin now has five-wicket haul against all the Test nations he has played against -- six against New Zealand, four each against

Australia, South Africa and West Indies, two against Sri Lanka and one each against Bangladesh and England.
In 2016, the 30-year-old has 52 wickets, two behind Rangana Herath's 54.

The left-hander carried England's survival hopes and found a fine ally in Bairstow (53), who batted brilliantly despite a troubled ankle before being cleaned up by a fullish delivery from Umesh Yadav with 10 minutes to go for the lunch.

With 33 minutes to tea, England's first innings folded for in 102.5 overs with a deficit of exactly 200 runs.