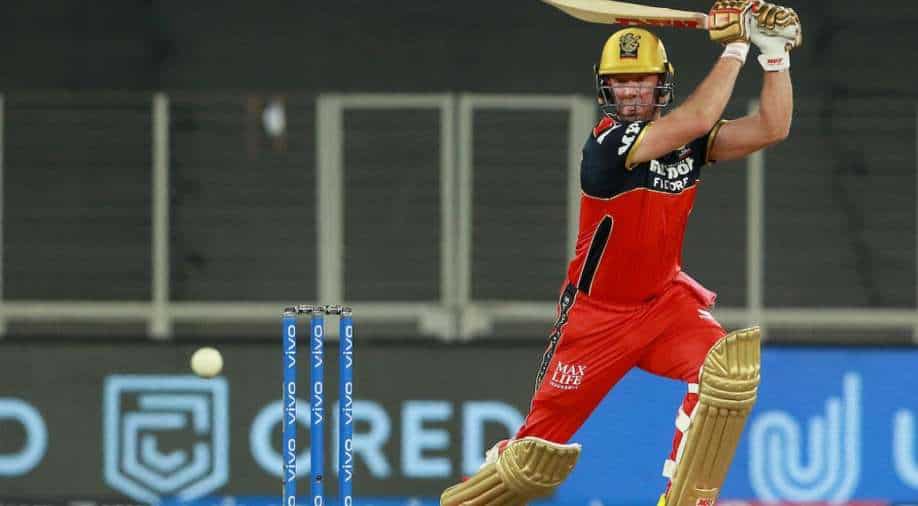 Virender Sehwag lauded the South African legend and felt that the tag of 'Mr.360' suits AB de Villiers for his heroic knocks.

AB de Villiers, despite retiring from international cricket three years ago, continues to perform well in the Indian Premier League. The form he exhibited in IPL 2021 shows that he still has it in him. The South African took RCB out of several sticky positions and delivered a win.

In seven matches, De Villiers smashed three half-centuries and chased or posed some heavy targets for the team. There are still some doubts of him returning on the international stage, however, he still has the capacity to bolster Proteas' batting attack.

Virender Sehwag lauded the South African legend and felt that the tag of 'Mr.360' suits AB de Villiers for his heroic knocks.

"People may forget his real name, but will always remember Mr. 360 degree. I don't think we need to give him any other name because how many can you even come up with. 360 degree is a good enough name. In the match against Delhi Capitals, when he left a few balls from Marcus Stoinis outside off-stump, he realised he left a wrong ball. Off the next ball, he went outside off, and even though he was expecting a similar delivery, it was a short-pitched ball and he hit a six," Sehwag said on Cricbuzz.

"Only AB de Villiers could have done that. Had there been any other batsman, he would have gone outside off and instead ducked to the short ball or may have gotten out. I think only de Villiers could have connected. So, no need to look for any more adjectives or songs or poems. 360 degree is the perfect name," Sehwag said.