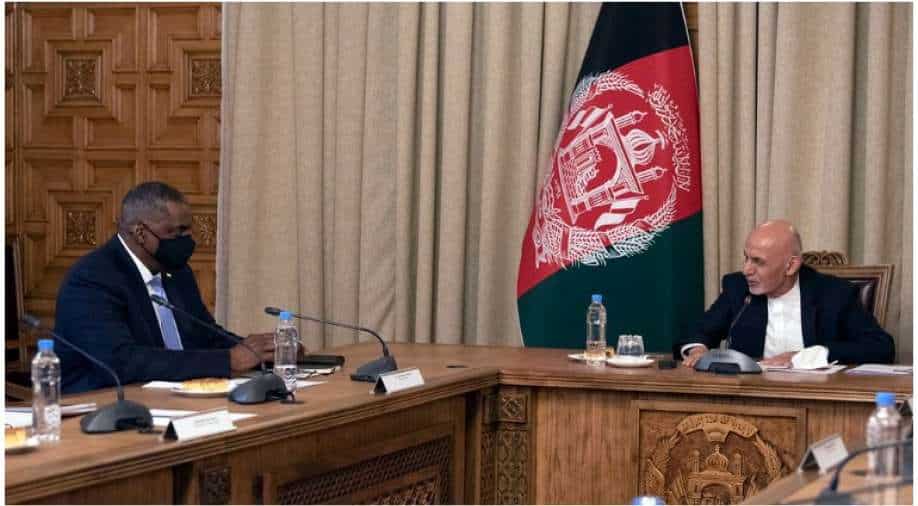 US Secretary of Defense Lloyd Austin paid a surprise visit to Afghanistan on Sunday . His visit has come just weeks before the May 1 deadline for US troop withdrawal from Afghanistan. Austin met Afghanistan President Ashraf Ghani.

Austin's Afghanistan visit has come on the heels of him being in India. While in India, Austin met Prime Minister Narendra Modi, Defense Minister Rajnath Singh and External Affairs Minister S Jaishankar. Austin on Saturday called India "a great partner".

US is currently making efforts to negotiate a peace deal in Afghanistan where Taliban has emerged as one of power players. There are talks of power-sharing with the Taliban. India has been involved in reconstruction of Afghanistan as well. All these factors impart importance to Lloyd Austin's Afghanistan visit. This is Austin's first Kabul visit as Secretary of Defense.

US is contemplating complete withdrawal of troops from Afghanistan but that is dependent on peace prevailing in the country. Although Taliban has made appropriate noises about being committed to peace, the violence in Afghanistan has surged in past few months.

On this background, all eyes are on Austin to see what announcement he makes.

US President Joe Biden said last week that the May 1 deadline, set by his predecessor Donald Trump would be "tough" to meet.

The Afghan government is also keen to keep US forces in the country for as long as possible for the vital air cover they provide.

Under the deal thrashed out between the Taliban and Washington, the insurgents pledged also to engage in peace talks with Afghan government negotiators, but they have made almost no progress and fighting has only worsened -- particularly in rural areas.

In Afghan cities there have been attacks on politicians, civil servants, academics, rights activists and journalists.