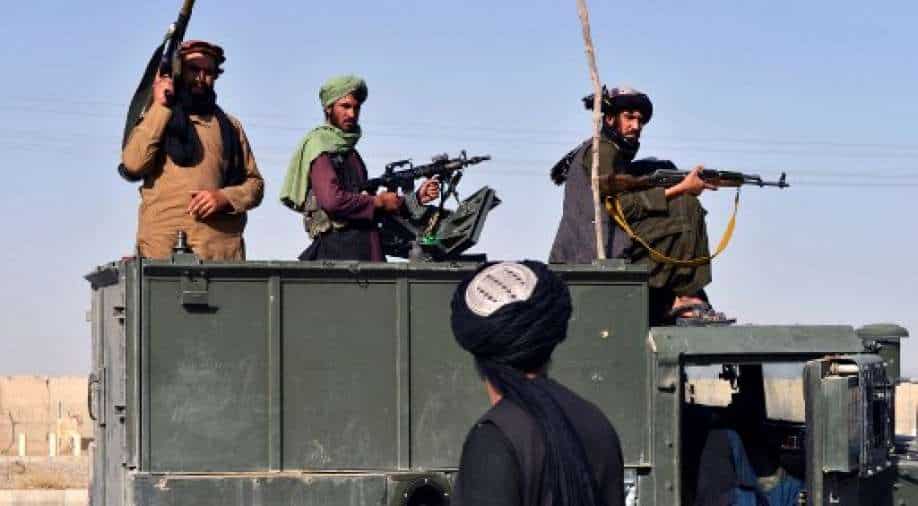 Taliban fighters stand on an armoured vehicle. Photograph:(AFP)
Follow Us

According to an independent Afghan media outlet, the Taliban executed a youngster on the belief that his father was a member of the Afghan resistance forces.

The Taliban have cruelly killed a boy in Afghanistan's Takhar province after his father was accused of being a member of the Afghan Resistance Forces.

The incident was reported by Panjshir Observer, an independent news organisation that covers the situation in Panjshir and Afghanistan.

The Panjshir Observer said, " child executed in Takhar province by Taliban fighters after his father is suspected of being in the Resistance. #WarCrimes #Afghanistan."

GRAPHIC: Child executed in #Takhar province by Taliban fighters after his father is suspected of being in the Resistance. #WarCrimes #Afghanistan pic.twitter.com/QghxcxDJco

The killing comes in the wake of several brutalities being reported.

Those who have spoken out against the Taliban have been executed by the Taliban on multiple occasions.

After putting up a valiant battle from the Panjshir Valley, the resistance troops who fought the Taliban in the days after they took control of Kabul were crushed.

The Taliban, on the other hand, surrounded the armed opposition group from all sides and took possession of Panjshir, giving them complete control of Afghanistan.

The Taliban executed and hung four accused kidnappers in broad daylight in Herat last week to warn Afghans that abduction will not be tolerated under the Taliban administration.

After the siege of Afghanistan, the Taliban is attempting to project a moderate image to the rest of the world in order to earn international trust, but experts say the scenes in Afghanistan show that the terrorist organisation has returned with the same extremist and violent mindset.