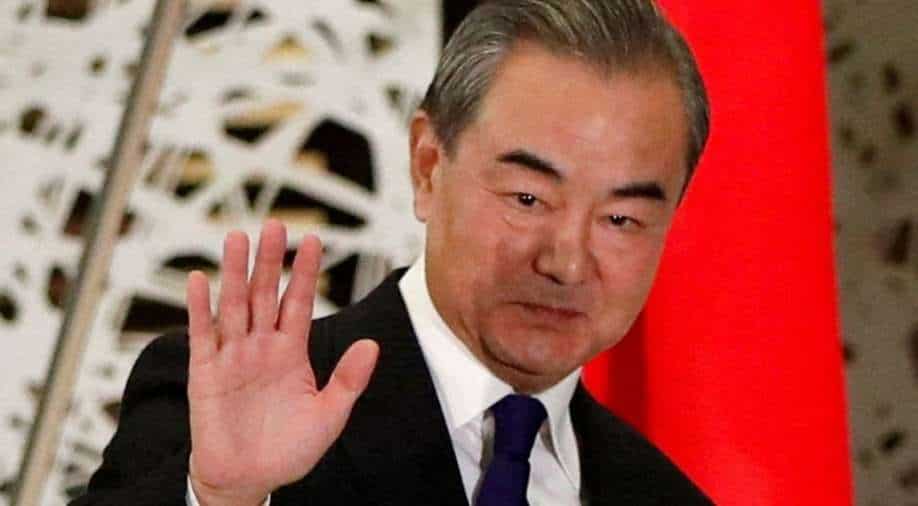 The island's tourism-dependent economy has been hammered by the pandemic and its depleted foreign exchange reserves have led to food rationing at supermarkets and shortages of essential goods.

Key ally China is Sri Lanka's biggest bilateral lender and Wang's visit comes after a warning from international ratings agencies that President Gotabaya Rajapaksa's government could be on the brink of default.

"The President pointed out that it would be a great relief if debt payments could be rescheduled in view of the economic crisis following the pandemic," Rajapaksa's office said in a statement.

There was no immediate comment from the Chinese embassy in Colombo.

Sri Lanka's foreign reserves had dropped to just $1.5 billion at the end of November  -- enough to pay for only about a month's worth of imports.

The island's main energy utility began rationing electricity on Friday after running out of foreign currency to import oil for its thermal generators.

Officials said China's total lending could be much higher when taking into account loans to state-owned enterprises and the central bank.

Sri Lanka has borrowed heavily from China for infrastructure, some of which ended up as white elephants.

Unable to repay a $1.4 billion loan for a port construction in southern Sri Lanka, Colombo was forced to lease out the facility to a Chinese company for 99 years in 2017.

The United States and India warned that the Hambantota port, located along vital east-west international shipping routes, could give China a military toehold in the Indian Ocean.

Both Colombo and Beijing have denied that Sri Lankan ports will be used for any military purposes.

Wang arrived in Sri Lanka on Saturday night after visiting the nearby Maldives, in the final leg of his first foreign tour of 2022 which has also taken him to Eritrea, Kenya and the Comoros.

China offered the Maldives infrastructure maintenance, medical aid and visa concessions as Beijing moved to strengthen its connections with the strategically placed archipelago.