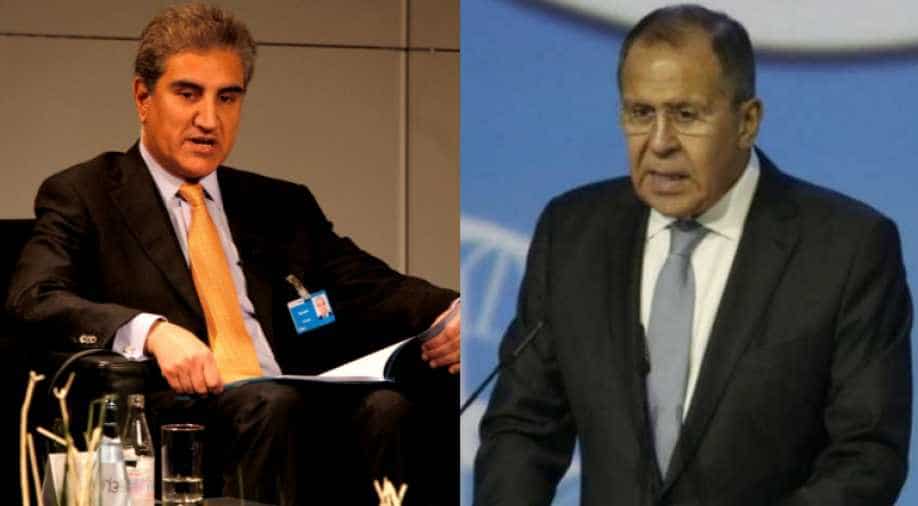 Qureshi who has been dialling global capitals had called Moscow to rake up Kashmir.

A Russian Foreign Ministry statement said, Moscow "Emphasized the need for de-escalation of tensions, and that there is no alternative to resolve differences between Pakistan and India except bilaterally through political and diplomatic means."

Qureshi who has been dialling global capitals had called Moscow to rake up Kashmir.

The release from Pakistan also acknowledged the Russian stance.

The Pakistani foreign ministry statement said, "Foreign Minister Lavrov underlined the importance of resolution of all outstanding issues through dialogue and peaceful means."

Over the weekend Russia became the first member of the permanent five of the United Nations security council to back New Delhi's decision to remove the special status for the erstwhile state of Jammu and Kashmir.

Russia's ministry of foreign affairs, in response to a question, said, "Change in the status of the state of Jammu and Kashmir and its division into two Union Territories are carried out within the framework of the Constitution of the Republic of India."

Echoing India's policy, Russian foreign ministry recalled Shimla and Lahore accord and said, "We hope that the differences between them will be resolved by political and diplomatic means on a bilateral basis in accordance with the provisions of the Simla Agreement of 1972 and the Lahore Declaration of 1999."

Both the agreement call of no third party mediation and resolution of issues between the 2 south Asian countries bilaterally.