Pakistan's warmongering over scrapping of Article 370, President Alvi calls for jihad against India 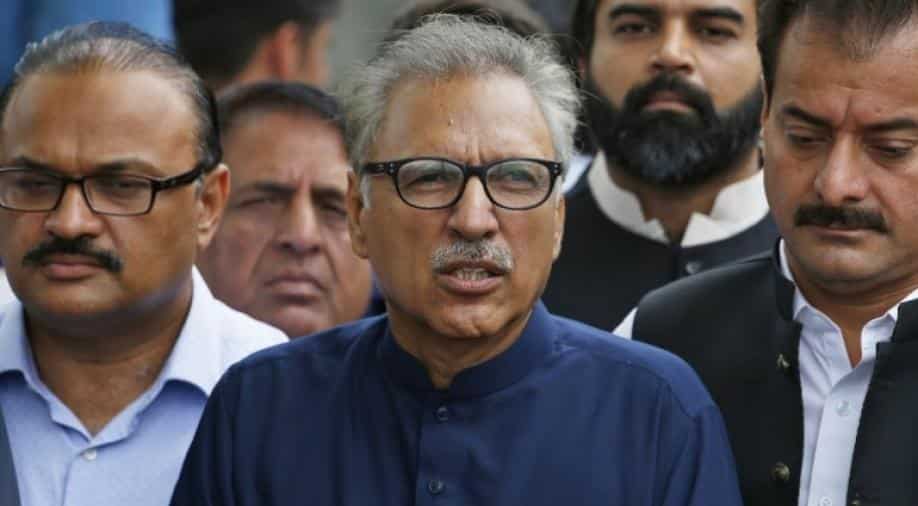 He also appealed to his countrymen to use social media to raise the Kashmir issue.

Pakistan has made yet another desperate attempt to internationalise the scrapping of Article 370 in Jammu and Kashmir by India. In his Independence Day address to the nation, Pakistan President Arif-ur-Rehman Alvi has called for waging jihad against India.

"We are a peace-loving country, we don't war. But if war is imposed on us by India then it will not be limited between the two countries. The whole world will get affected by it and then only Jihad and akhirat (doomsday) will be left as an option for us," Alvi said.

He also appealed to his countrymen to use social media to raise the Kashmir issue.

This comes a day after Pakistan foreign minister Shah Mehmood Qureshi on Tuesday asked Pakistanis to not live in a "fool's paradise" by expecting United Nations Security Council to "wait with garlands" to support Islamabad's contentions regarding India's decision to abrogate Kashmir's special status.

Pakistan has been desperately trying to internationalise the issue but United Nations Security Council (UNSC) asked Pakistan and India to address the issue bilaterally.

On August 5, the Narendra Modi-led government ended the special status accorded to Jammu and Kashmir by scrapping Articles 370 and 35A of the Indian Constitution. Home Minister Amit Shah presented the bill to this regard in the Upper House of Parliament (Rajya Sabha), which easily sailed through, and subsequently got the nod from the Lower House of Lok Sabha too.

The international community has stood behind India after the decision. The Maldives, United Arab Emirates, Sri Lanka, Thailand and Bhutan have called it an internal matter of India.

Pakistan, on its part, has downgraded bilateral ties with India and suspended all bilateral trade activities, communication, and railways, which facilitated people-to-people ties between each other.