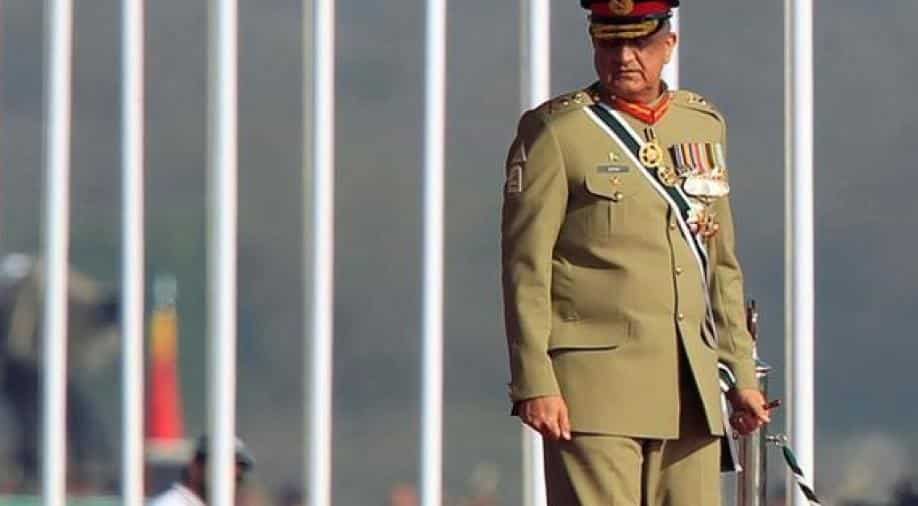 General Bajwa was to be given a medal but the Saudis changed their mind. Pak general's interaction was limited to the Saudi defence establishment.

The Pakistan general had flown to Riyadh on Sunday along with ISI chief General Faiz Hameed. They wanted to smoothen the straining Pak-Saudi ties and secure Pakistan's place in the Islamic brotherhood club.

However, the duo got a royal snub and a load of embarrassment.

Their visit to Saudi Arabia was an epic failure. According to reports, the Pakistan Army chief couldn't even secure a meeting with the Saudi crown prince Mohamed bin Salman who did not give him an audience.

General Bajwa was to be given a medal but the Saudis changed their mind and all he got was a meeting with the crown prince's younger brother Sheikh Khalid bin Salman, the deputy defence minister of Saudi Arabia and Major General Fayyad Ali Ruwaili, the Kingdom's chief of staff.

General Bajwa's interaction was limited to the Saudi defence establishment. The crown prince of Saudi Arabia is famous for meeting his guests in his own flamboyant ways, last year he had awarded a grand reception to General Bajwa in Riyadh.

However, Imran Khan's obsession with Kashmir has ruined his ties with the crown prince. His government has always relied on the Kashmir narrative to stay in power. Now, the same narrative has cast a shadow on Pakistan's foreign policy. It is hurting its business dealings with most Islamic countries and Saudi Arabia is not just any Islamic country - it is the de facto leader of the Islamic world.

Saudi Arabia is also the religious and financial master of Pakistan. Islamabad owes billions of dollars in loans to Riyadh. However, the Pakistan foreign minister was not quite in touch with reality as he let his emotions take control and crossed the red line. His statement has become one of the flashpoints of the Saudi-Pakistan breakup.

On Tuesday, there were reports that Pakistan's foreign minister was set to be sacked. In his frustration, Qureshi slapped the prime minister's principal secretary. Now with General Bajwa returning empty-handed from Saudi Arabia, Qureshi's position has become untenable.

Pakistan's rift with Saudi Arabia is a major setback to them and part of the credit goes to India. It is the first time in the history of India-Arab ties that they are backing India on Kashmir against Pakistan despite Pakistan's best efforts, the Organisation of Islamic Countries(OIC) has refused to censure India.

In fact, they have honoured the Indian prime minister with their highest civilian medal and also boosted trade ties with India which is a significant shift.

A major geopolitical realignment is taking place in West Asia. The most telling example was seen last week with the normalisation of the relations between UAE and Israel. India is a close strategic partner of both countries. India first dehyphenated Israel and Palestine, now the UAE has followed suit.

Imran Khan's frustration is evident. India is also a close trade and energy partner of Saudi Arabia and home to over than 180 million Muslims which is the second-highest population in the world.