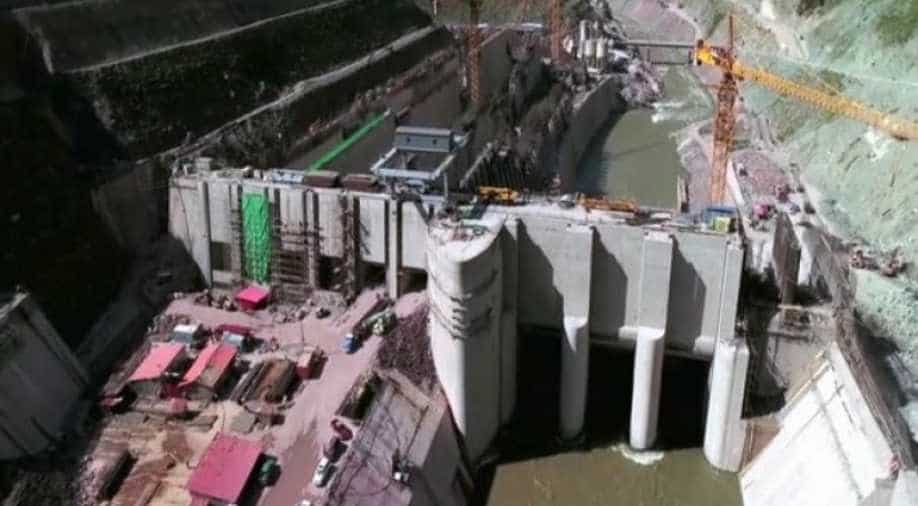 The water of the rivers -- Neelum and Jhelum -- have also been diverted on the pretext of the generation of hydroelectricity for the people. Photograph:( ANI )

The water of Neelum and Jhelum rivers has been diverted for the plant which has triggered a water scarcity in the region.

Hundreds of protesters took to the streets of Muzaffarabad in Pakistan-occupied Kashmir (PoK) to protest against the Neelum-Jhelum hydropower plant and construction of dams in the region. People shouted anti-Pakistan slogans, saying that the project is meant to serve the interests of other provinces, especially Punjab.

Locals said that the water of Neelum and Jhelum rivers has been diverted for the plant which has triggered a water scarcity in the region, affecting their day-to-day lives.

The people have also claimed that they have not been given a fair share of power generated from the hydropower plant.

The Neelum-Jhelum hydropower plant became functional in August 2018 and has a capacity of producing around 1,500 MW of electricity.

However, the adequate power supply is not there in PoK which requires only 400 MW-500 MW for its needs.

Of late, a massive water crisis has emerged in PoK, which has either rendered people homeless or forced them to live in uninhabitable conditions.

Apprehensive of serious ecological changes in the region, people are demanding an immediate retraction of Pakistan`s plans to construct more dams on Neelum and Jhelum rivers.