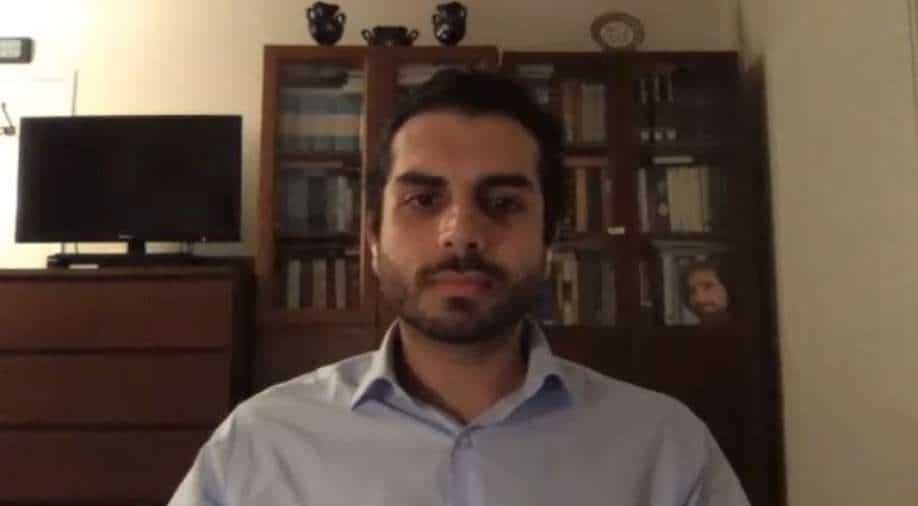 Speaking to our Principal Diplomatic Correspondent Sidhant Sibal, Nazary, who is in Washington, said, "There was an agreement, gentlemen's agreement, that there would not be any offensive, any fighting however, last night, there was fighting in the southern parts of Panjshir." He hoped for an inclusive govt being established, but the resistance will join only if there demands are met. The demands include "decentralisation of power and resources, preserving democracy, establishing social justice."

Watch: US forces leave Afghanistan ahead of August 31 deadline | The end of America's longest war

Sidhant Sibal: What is the situation inside Panjshir?

Ali Maisam Nazary: The current situation in Panjshir is stable. Its peaceful, people are living their normal lives, there has been no disruption in the lives of normal people in Panjshir. They have guests, refugees, influx of refugees in past. People are not facing any difficulties at the moment. There have been few skirmishes outside of the valley, however, the situation inside Panjshir is stable as it was before August 15.

Sidhant Sibal: What kind of talks, or conversations are on with the Taliban?

Ali Maisam Nazary: There are informal negotiations, there is a dialogue between the national resistance front and the Taliban movement. However, we proposed our conditions, our demands for peaceful Afghanistan. An Afghanistan with lasting peace, and there are decentralisation of power and resources, preserving democracy, establishing social justice, guaranteeing the equality of everyone. Equality is very important for us. Guaranteeing the rights and freedoms of all citizens of Afghanistan. So, these are the conditions we have proposed and we believe if these conditions are met, we can form an inclusive government, which represents every single citizen of Afghanistan, regards of their race, religion and gender.

Sidhant Sibal: It is understood that there was a ceasefire reached.

Ali Maisam Nazary: There was an agreement, gentlemen's agreement, that there would not be any offensive, any fighting. However, last night, there was fighting in the southern parts of Panjshir. Forces of aggressor tried to enter Panjshir but they face defeat. They were defeated and they retreated.

Sidhant Sibal: It is learnt that Taliban have begun cutting power, telecom, if could give details?

Ali Maisam Nazary: So, the internet and phone has been coming and going, it was cut off for a more than a day. It came back on yesterday. They are disrupting the connectivity; it has not been permanent. It has been coming on and off.

Sidhant Sibal: US has evacuated and Taliban have declared and termed it as "full independence".. your take?

Ali Maisam Nazary: The withdrawal was an American decision and we respect it, however, we do not believe that situation is better than September 2001. We believe international terrorism in Afghanistan has emerged much stronger, compared to September 2001 and if US abandons Afghanistan, ignore Afghanistan then another 9/11 is possible. If not in the short term, in long term, another 9/11 is possible. However, in the short term Al Qaeda, ISIS- K will plan attack against US assets in the region from Afghanistan.

Sidhant Sibal: Do you think Taliban have the intent to form an inclusive govt and they will take you on board?

Ali Maisam Nazary: Unfortunately, no, Taliban doesn't believe in any sort of inclusivity. They believe they are the victors and they should be the dominant force in the govt. They should be forming system of the country, dominate it and use others as token, give a few ministerial post, ambassadorial post and give few positions in the govt, but they won't be decision makers or policy makers. Policy and decision making will be dominated by Taliban, that is their version of future government. We are against this. We believe Afghanistan is a country made up of ethnic minorities and there is no majority. So, one ethnic group cannot dominate the political landscape, we need to make sure every single ethnic group sees themselves in power, in decision-making process, in policy-making and not left out of the future government. If the intention is to create an inclusive government.

Sidhant Sibal: Are you getting support from regional countries, like the northern alliance?

Ali Maisam Nazary: No, we are not receiving support from any outside country, nor in the region or beyond that.

Sidhant Sibal: Do you expect support, have you reached out?

Sidhant Sibal: Your views about Pakistan, its role in Afghanistan?

Ali Maisam Nazary: Our policy is rapprochement with Pakistan, we have a line of communication, we have been speaking with the Pakistanis, we are still speaking with the Pakistanis, and we believe Pakistan has a role in convincing all sides that inclusivity and inclusive govt is the only solution to Afghanistan. There were negotiations in Islamabad on August 15, a high-level delegation visited Islamabad and they were fruitful. And we have to still see its results, but we have been told by the Pakistanis that they will do their best to convince other political forces that a decentralised state is in the interest of everyone, for people of Afghanistan or the region. We still have to wait, it that will take place.

Sidhant Sibal: What about role of India. In last 20 years, India has been building several projects.

Ali Maisam Nazary: We believe India is an important player in the region, it can't be ignored. We believe that there should be economic ties with India, trade routes opened to India and from India to central Asia. We believe in regional connectivity and regional integration and the most important thing is, promoting trade and economic development in the region and India has a prominent role in it.

Sidhant Sibal: Are you in touch with anyone from the Indian side?

Ali Maisam Nazary: No, we haven't sent any delegation or representative to Delhi yet. At the moment, there is no plans or there hasn't been any plans. We still have to see the situation how it unfolds, at the moment, and based on information I received, we don't have a representative there.