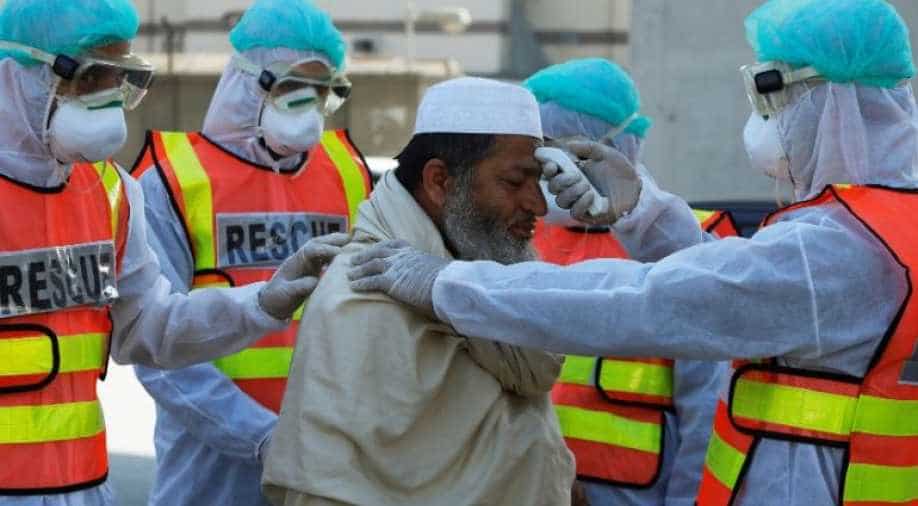 The deceased, who were identified as Saadat Khan (50) and Abdul Fatah (36), had travelled internationally, with Saadat returning from Saudi Arabia and Abdul from Dubai.

According to the latest data, Sindh has reported the most number of cases, 183, followed by Khyber Pakhtunkhwa and Balochistan with 19 and 15 cases. As many as 13 cases are confirmed in Gilgit-Baltistan, nine in Punjab, seven in Islamabad and one in AJK.

Prime Minister Imran Khan, on Wednesday, visited a quarantine centre set up at the Ghazi University Dera Ghazi in Punjab, where over 800 pilgrims are currently under medical supervision.

Punjab Chief Minister Usman Buzda said that in the KP province, nearly 189 suspected COVID-19 patients are admitted in various hospitals and confirmed 28 cases in the region.

Experts fear that the novel coronavirus in Pakistan could spread rapidly as the country lacks in efficient medical services.

In order to contain the spread, Pakistan has sealed its borders with Afghanistan and Iran.

Pakistan has also shut down wedding halls, schools for the remainder of the month.

But, large gatherings, including Friday prayers, are still not cancelled and malls and markets continue to run.

Pakistani PM on Tuesday said that the country cannot afford the type of urban lockdowns currently underway in the West.

Pakistan is infamous for failing to control infectious diseases such as polio, tuberculosis, and hepatitis.

Also, hundreds of thousands of quack doctors are reportedly active in the entire country, and scandals involving the use of dirty needles by the medical personnel have added to the challenge.