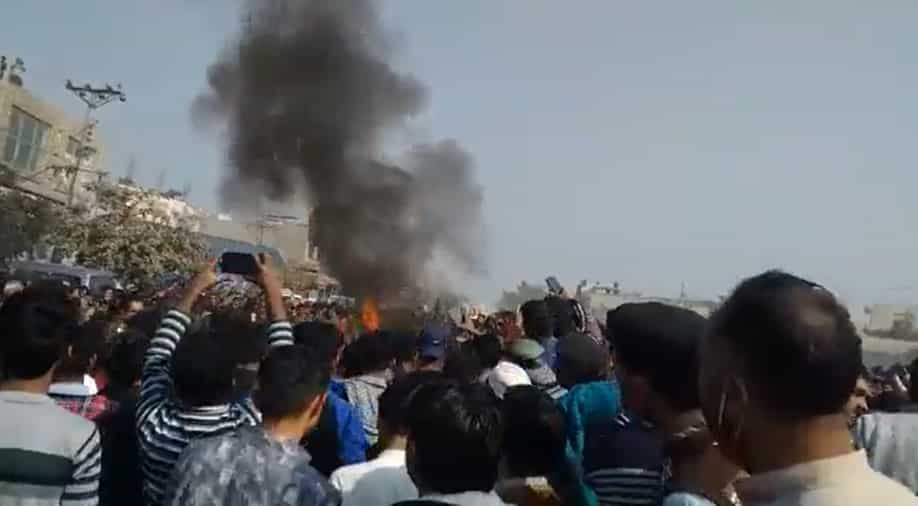 Another video, procured by local media house, has revealed that reportedly a colleague of the manager tried to reason with the mob and save the Sri Lankan man

The Sri Lankan factory manager Priyantha Kumara who was beaten to death and set ablaze by local mob in Sialkot, Pakistan, was brutally tortured, the post-mortem report revealed.

It is being believed that Kumara was brutally slapped, kicked, punched which led to his death, and his body was then set to fire. As a part of the investigation, the local police have registered an FIR against 900 employees of Rajco Industries on the application of Uggoki Station House Officer (SHO) Armaghan Maqt under sections 302, 297, 201, 427, 431, 157, 149 of the Pakistan Penal Code and 7 and 11WW of the Anti-Terrorism Act.

The SHO claims that although he wanted to help the manager being beaten up in front of him, he was helpless against such a huge number of protestors due to lack of personnel on his side.

Officials have been studying evidence, video footage and arresting scores of people, to which six more people have been added now. These suspects were found hiding in their relatives’ homes. The local police is still carrying on the investigation and process of identifying the main culprits who carried out this chilling murder.

On behalf of the nation I want to salute moral courage & bravery of Malik Adnan who tried his utmost to shelter & save Priyantha Diyawadana from the vigilante mob in Sialkot incl endangering his own life by physically trying to shield victim. We will award him Tamgha i Shujaat

Some media houses have also claimed that a post-mortem report has revealed that the manager suffered a broken skull, extreme degree of torture and burn wounds that damaged 99 per cent of his body tissues.

In addition to this, all bones, except of a leg, were found broken.

Another video, procured by local media house, Dawn.com, has revealed that reportedly a colleague of the manager tried to reason with the mob and save the Sri Lankan man. He tried to explain it to the mob that Kumara was a non-Muslim man who "didn't know what was written on the paper".

However, the mob drowned his requests in their blasphemy-related slogans and kept chanting that the manager will die today.

The same colleague was also spotted in an earlier video. At that time, too, he was trying to protect the Sri Lankan man while pleading the mob to spare Kumara’s life.

Kumara’s wife, Niroshi Dasaniyake, has urged the Pakistan and Sri Lanka’s government to bring justice for her deceased husband.

"My husband was an innocent man. I found out from the news that after working abroad for so long he had been brutally murdered. I saw on the internet how inhuman the killing was. I appeal to the Sri Lankan president and the Pakistani prime minister and president to conduct a fair investigation so my husband and our two children get justice," she said while speaking to BBC Sinhala.