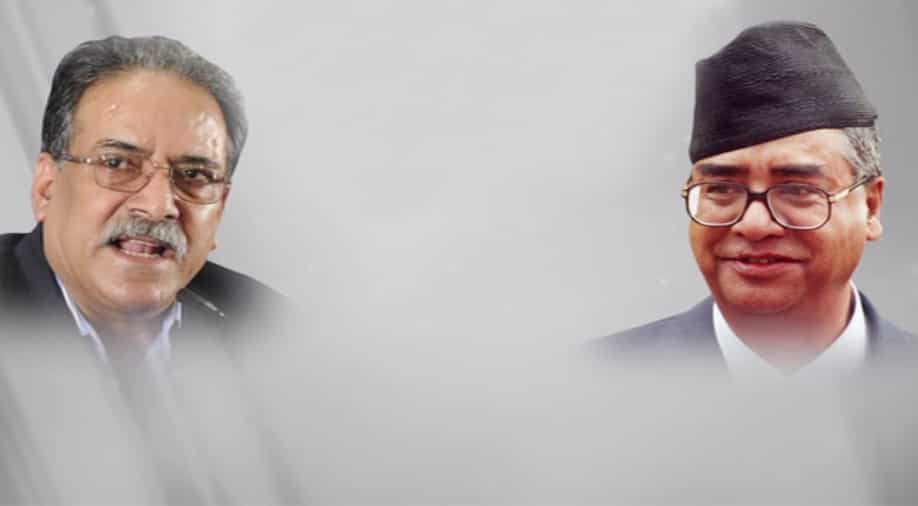 Prime Minister Deuba will under pressure to match the achievements of Prachanda Photograph:( WION )

Nepalese Prime Minister Pushpa Kamal Dahal ‘Prachanda’ resigned yesterday, thereby, paving the way for Nepali Congress President Sher Bahadur Deuba to assume the post. Pushpa Kamal Dahal ‘Prachanda’ became the prime minister of a coalition government supported by Nepali Congress in August last year, after the two leaders reached an agreement to share the remaining term of 18 months among themselves. Prachanda’s ten months tenure as the prime minister had his highs and lows but, fortunately for Nepal, mostly highs. With the Madhesi problem brewing,the next Prime Minister Sher Bahadur Deuba may have some stiff challenges to resolve.

Pushpa Kamal Dahal ‘Prachanda’ took over as the prime minister of Nepal at the difficult times. The Madhesis of Nepal were agitated against the then Prime Minister KP Sharma Oli, demanding amendment in the newly promulgated constitution. They blocked the entry of fuel and other essential supplies to Kathmandu, which has incited anti-India and anti-Madhes sentiments among the hill people, stoked by high-pitched political propaganda.

The economy was badly hurt and India-Nepal relations had met its deepest low. However, Prachanda tactfully dealt with all these challenges. As soon as he took over the office as the prime minister, he initiated dialogue with the Madhesi parties and won their confidence. He had sent his envoy to both neighbours – India and China, and normalised the relations. He visited India twice and there were visits by the heads of the states. Similarly, he visited China and his government signed the ‘One Belt, One Road’ agreement taking India into confidence.

The most remarkable achievement of Prachanda government, which was highly appreciated by all quarters was holding the first phase of the local election, which was not held since two decades

Prachanda’s tenure was highly applauded for bringing huge relief to the people by resolving the power as well as the economic crisis. Power-starved Nepal used to have power cuts for up to 18 hours per day. Similarly, Prachanda lifted the economy growth rate to 7.5 per cent from mere 0.8 percent, which is highest in 13 years. There was 24 per cent increment in revenue generation as well. Similarly, a total of 13.52 billion US dollar was pledged as foreign investment during the Nepal Investment Summit-2017 held by his government in March. China committed the highest investment in Nepal with its investment pledge totaling $8.3 billion. Bangladesh has committed to invest $2.4 billion, Japan and UK each pledged $1 billion, Sri Lanka $500 million and India $317 million.

Similarly, there was remarkable progress in the mega-projects, such as the construction of Kathmandu-Nijgadh Fast Track road and the Postal Highway. The latter happens to be the oldest highway of Nepal that runs across the Terai region of Nepal close to the Indo-Nepal border, from Bhadrapur in the east to Dudhaura in the west. Apart from these, there were many other areas where he could deliver relief to the people, such as completing the long-pending Melamchi Drinking Water Project and in health and education sectors.

The most remarkable achievement of Prachanda government, which was highly appreciated by all quarters was holding the first phase of the local election, which was not held since two decades. The local bodies of Nepal were without people’s representatives for almost 14 years. However, because of the coalition partner Nepali Congress, Prachanda's government was dragged into few controversies. Particularly, the issues regarding the appointment of new Inspector General of Nepal Police (IGP) and moving impeachment proposal against Chief Justice Sushila Karki. Similarly, he failed to deliver on the promises made to the Madhesi parties regarding the amendment in the constitution before the election.

Prachanda lifted the economy growth rate to 7.5 per cent from mere 0.8 percent, which is highest in 13 years

Overall, Prachanda’s tenure as the prime minister was highly successful. During his second inning, he came out as an experienced, matured and capable statesmen, carrying himself as the unchallenged leader.

Sher Bahadur Deuba, the Prime Minister in waiting, has lots of challenges. In next nine months, his government has to conduct three elections: the second phase of local election followed by the provincial and the federal election. The immediate task of Deuba is to hold the second phase of local election, scheduled for 14 June, which will be held in 41 districts of province 1, 2, 5 and 7. It consists of all the Madhes districts of Nepal. However, the Madhesi parties have warned that they would not only boycott the local election but also disrupt the process unless amendments to the constitution are endorsed as per their demands.

The amendments to the constitution require the two-third support of the House. However, the ruling alliance and Madhesi parties do not meet the required number. The main opposition, CPN-UML, is highly against it, making the amendment impossible. On the other head, the highly fragmented Madhesi parties have consolidated themselves.

There are very high chances that if Madhesi parties don't participate in the upcoming second phase of the local election, it will create massive violence in Madhes

Hence, Deuba doesn’t have many choices and time is limited. He should either garner enough support for the constitutional amendment and, thereby, create a favourable environment for the Madhesi parties to participate in the election. Else, he should go for election, without the major Madhesi parties. However, there are very high chances that if Madhesi parties don't participate in the upcoming second phase of the local election, it will create massive violence in Madhes, the southern plains of Nepal along Indo-Nepal border. Isolating the Madhesi parties will further complicate the problem because the youths of Madhesh are deeply radicalised and voices of secession are being heard.

Under the circumstance, its most likely that Deuba would hold dialogue with the Madhesi parties, move the constitution amendment process and create a favourable environment for free and fair election. He might require postponing the election by few weeks, which should not be a problem.

Prachanda has delicately completed his tenure, which was quite successful. As far as Deuba is concerned, history has given him another chance to show himself as the capable leader. His claim to fame, for the moment, rests on holding the second phase of local election successfully, which will pave way for peace and stability in Nepal. 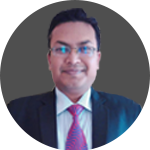