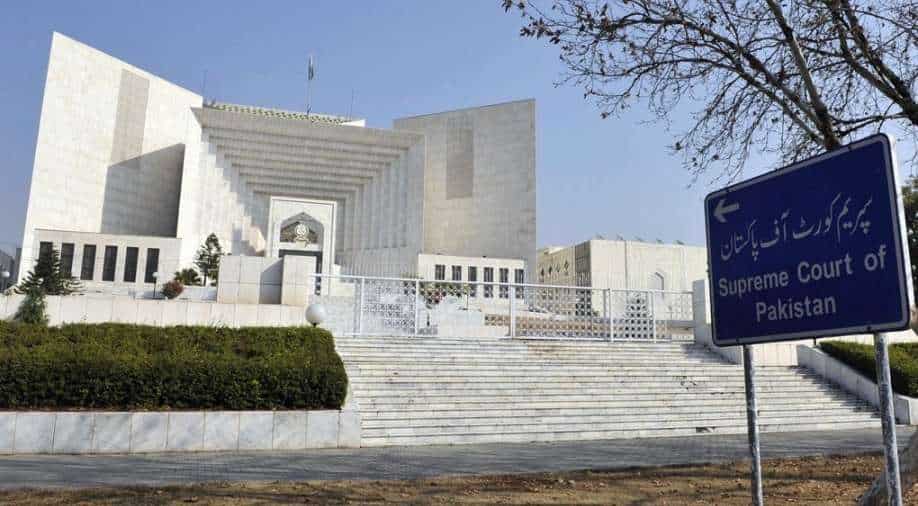 The government’s counsel has asked the top court to suspend its ruling against the deputy speaker, who had rejected the no-trust vote in the parliament.

Imran Khan’s Pakistan Tehreek-i-Insaf (PTI) party on Saturday filed a review petition against the Supreme Court’s April 7 order that set aside the deputy speaker’s ruling on no-confidence motion against the prime minister.

According to the Express Tribune newspaper, the PTI in its petition urged the SC to “review, recall and set aside the Impugned Order dated 07.04.2022 passed in the captioned cases which are based on errors floating on the surface, therefore, the impugned order may kindly be recalled and the captioned causes be dismissed/discharged".

The government’s counsel has further asked the top court to suspend its ruling against the deputy speaker, who had rejected the no-trust vote in the lower house of the parliament.

"That the Honourable Bench of the August Court, despite its open court announcement/directions, has erred by not rendering any decision in the Presidential Reference No.01/2022 filed under Article 186 of the Constitution which was being heard along with the captioned cases and is of paramount importance," added the review petition.

The petition also pointed out that the procedure for a no-trust vote was elaborately provided in the Constitution and, therefore, "the honourable apex court is not entitled to micro-manage the affairs of the Parliament".

On March 8, the joint opposition, especially the Pakistan Democratic Movement (PDM) and the Pakistan Peoples Party — had submitted the no-confidence motion against Imran Khan.

In the subsequent days, Pakistan’s politics witnessed one of the most volatile days as parties and individuals, pledging alliance to Khan, switched over to the opposition.

Eventually, major allies of the ruling PTI — Balochistan Awami Party and Muttahida Qaumi Movement-Pakistan — deserted the government and joined the opposition ranks which led to PM Imran losing his majority in the lower house of parliament.

Currently, the National Assembly—the lower house of Pakistan’s parliament—is in the session to vote on a no-confidence motion against Imran Khan.

Meanwhile, Khan has summoned a special meeting of the Federal Cabinet on Saturday.

According to reports, the meeting will be held at the Prime Minister s House at 9 pm (local time).