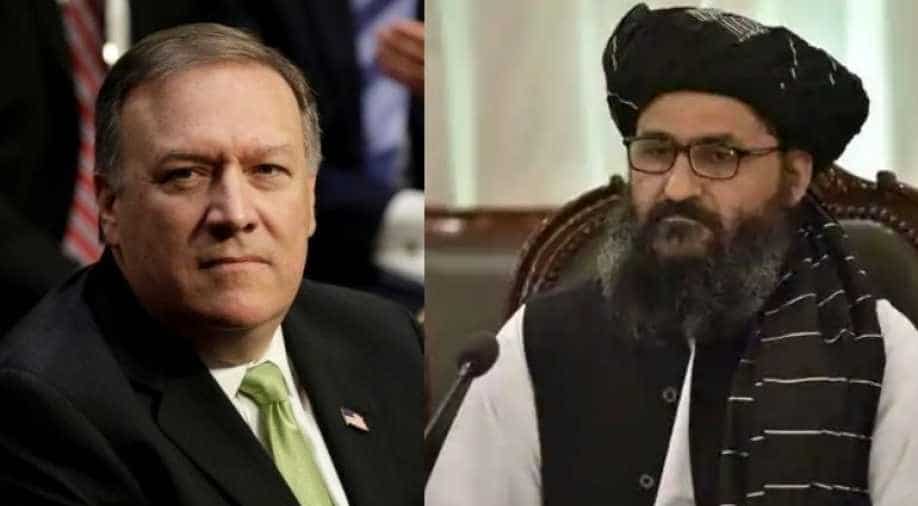 The two leaders called the release of the remaining Taliban prisoners important, Shaheen was quoted as saying while adding that the US secretary of state also welcomed the Eid ceasefire.

In the discussion held via video call, the two leaders called the release of the remaining Taliban prisoners important, Shaheen was quoted as saying while adding that the US secretary of state also welcomed the Eid ceasefire.The United States had welcomed the Taliban`s declaration of a three-day ceasefire for Eid ul-Adha, acting US Ambassador to Kabul Ross Wilson had said in a tweet on Tuesday.

"I welcome the announcements of an Eid ceasefire: Afghans deserve to celebrate the holiday in peace. I look forward to both sides fulfilling their commitments and moving quickly to intra-Afghan negotiations," Wilson posted on Twitter.

The Taliban have committed to reducing violence as part of a peace agreement negotiated by the US in Doha on February 29. In addition to the mutual release of prisoners, the agreement was expected to launch intra-Afghan talks and pave the way for ending the almost two-decade-long confrontation between Kabul and the Taliban.

US and the NATO have started pulling out forces from Afghanistan following Washington`s peace deal with the Taliban. The second round of talks between the Taliban and the Afghanistan political leadership is yet to begin.

On Sunday, the Islamic State group ISIS claimed responsibility for an over 20-hour long attack on a prison in eastern Afghanistan`s Jalalabad that left at least 29 people dead and facilitated the escape of several hundred of their captured members.