At least 24 dead in mass jailbreak in Afghanistan, scores of prisoners flee 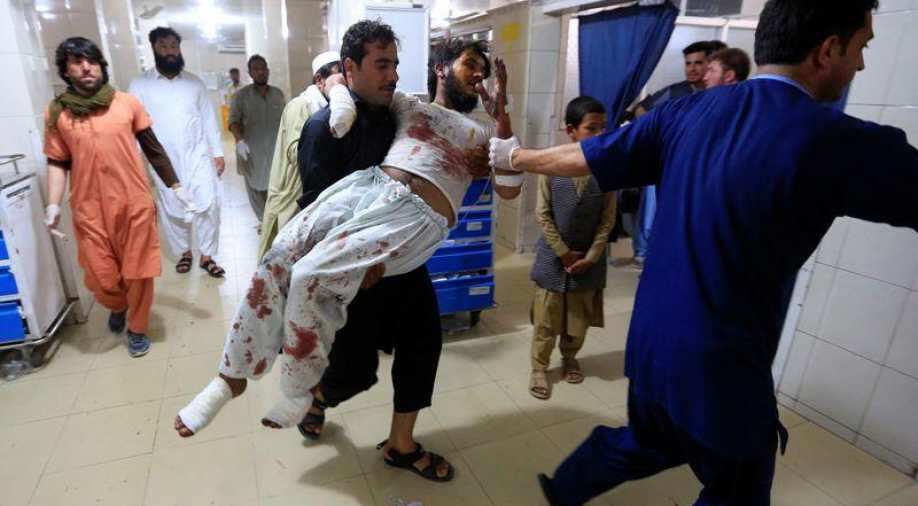 Sohrab Qaderi, a provincial council member, said a huge car bomb explosion was followed by at least two smaller blasts outside the government-run prison, and that police then fought attackers who had taken up positions nearby.

An attack claimed by Islamic State on a jail compound in the Afghan city of Jalalabad killed at least 24 people and injured dozens -- including civilians and prisoners, triggering heavy fighting in which scores of prisoners escaped.

Three militants were killed during the initial attack and gunbattle overnight, while at least 21 civilians and members of security forces died in the fighting, and 43 were wounded, Attaullah Khugyani, a spokesman for the governor said.

During the ensuing chaos more than 75 prisoners escaped, forcing police to divert manpower to try to recapture them, according to the officials.

Fighting was still raging a day after gunmen stormed the prison in the eastern city of Jalalabad.

Sohrab Qaderi, a provincial council member, said a huge car bomb explosion was followed by at least two smaller blasts outside the government-run prison, and that police then fought attackers who had taken up positions nearby.

Islamic State's Amaq news agency quoted a military source as saying its fighters had carried out Sunday's attack but gave no further details. There was no independent confirmation that the militant group was responsible.

The assault happened on the third and final day of a ceasefire between the Afghan government and the Taliban, when hundreds of Taliban prisoners were released in an attempt to make a final push for intra-Afghan peace talks.
The Taliban was not responsible for the attack, a spokesman for the Islamist group said.

IS claimed responsibility for the attack, which came a day after the Afghan intelligence agency said special forces had killed a senior commander of the group near Jalalabad, the provincial capital of Nangarhar.

President Ashraf Ghani and the Taliban have both indicated that long-delayed negotiations could begin immediately after the Eid al-Adha festival, which took place in Kabul on Thursday.

The Taliban says it has freed all 1,000 Afghan prisoners it had pledged to release in a deal with the United States.

Some 130 kilometres (80 miles) east of Kabul, Jalalabad lies on the highway leading to the Khyber Pass and the Pakistani city of Peshawar.

A United Nations report last month estimated there are around 2,200 IS members in Afghanistan, and that while the group is in territorial retreat and its leadership has been depleted, it remains capable of carrying out high-profile attacks.