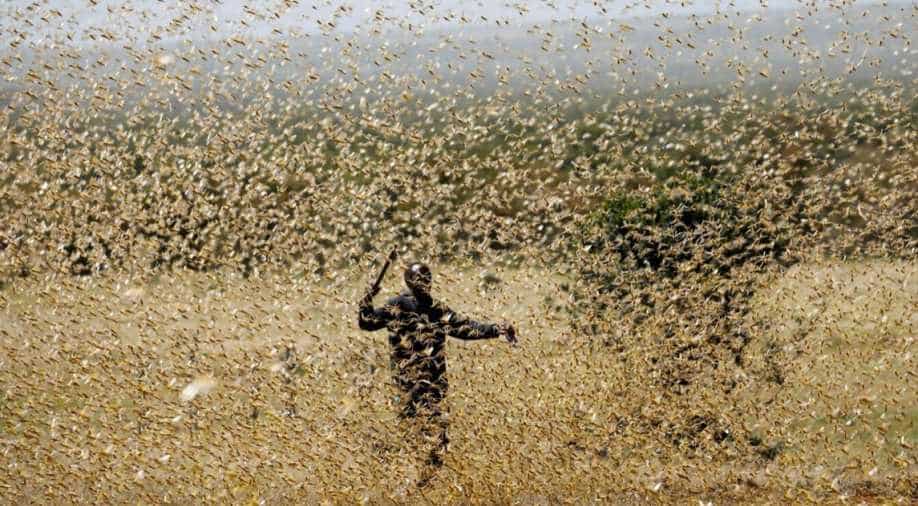 Locusts, which move in swarms of up to 50 million, have led to the worst plague in Pakistan in recent history

After creating havoc in Africa, locusts have entered South Asia and now threatening to cause massive crop loss and food shortages in the region.

Locusts, which move in swarms of up to 50 million, have led to the worst plague in Pakistan in recent history, with damages costing billions of dollars and causing fears of long-term food shortages.

Pakistan administration has set up a National Locust Control Centre (NLCC) to monitor and coordinate the anti-locust operation across the country, he added.

Afzal also said the Agriculture Department, Food Security Department, and Pakistan Army are actively helping in carrying out the anti-locust operation in 50 districts hit by the attack.

Pakistan Army also committed to deploying 5,000 of its personnel in different regions to help tackle the crisis.

Since December 2019, severe locust attacks were seen across the Horn of Africa and the Middle East before entering South Asia.

The United Nations' Food and Agriculture Organisation (FAO) estimates losses as high as $2.2 billion to agriculture from locusts this year to winter crops and nearly $2.89 billion for summer crops.