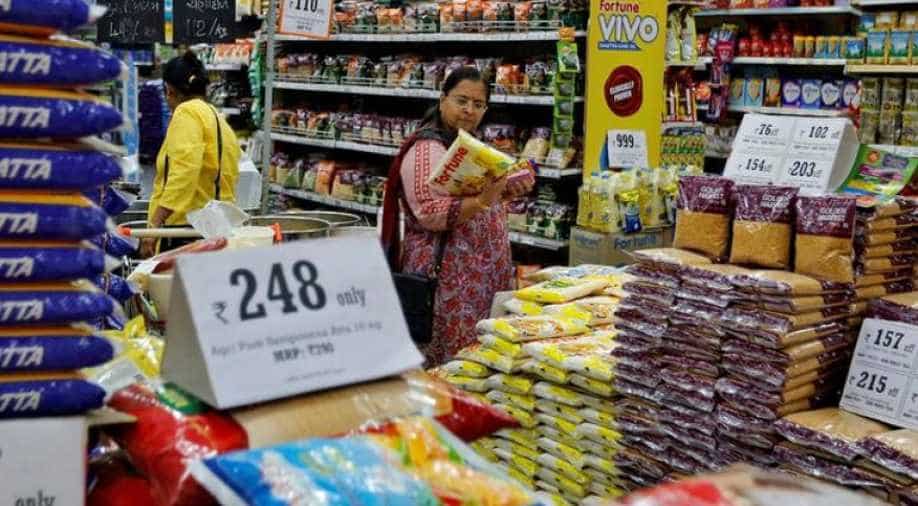 The government insists the impact from demonetisation will be short-lived, but many private economists are trimming their GDP forecasts, reckoning it will linger for one more year. Photograph:( Reuters )

Inflation in India is expected to have cooled to a two-year low in December as the government's surprise currency crackdown rattled the economy and severely hurt consumption, a Reuters poll found.

Retail inflation likely eased to 3.57 per cent from a year earlier, from 3.63 per cent in November, the poll of over 30 economists showed.

That would be the lowest since November 2014, and well below the Reserve Bank of India's near-term target of 5 per cent by March 2017.

The government insists the impact from the move will be short-lived, but many private economists are trimming their GDP forecasts, reckoning it will linger for one more year.

"We expect headline CPI inflation to fall, primarily due to a significant sequential fall in the prices of several food items and many other perishables on account of the cash crunch created by demonetisation," said Rupa Rege Nitsure, group chief economist at L&T Financial Services in Mumbai.

India's central bank unexpectedly left its repo rate unchanged at 6.25 per cent last month, saying the blow from the cash squeeze may be transitory and expressing concern over the rising risk of inflation from higher global oil prices.

If inflation remains below the near-term target, it will give the central bank room to make a rate cut at its next meeting on February 8.

Industrial output likely accelerated 1.3 per cent in November from a year ago, after falling 1.9 per cent in October, the poll also forecast.

"The impact of the demonetisation drive will be better reflected in weak December readings," wrote Radhika Rao, an economist at DBS Bank, in a note.

"Subdued capital goods output is likely to be accompanied by a slow patch in consumer durables and non-durables production as inventories build on slower demand."

Wholesale price inflation is expected to have picked up last month to 3.50 per cent from 3.15 per cent in November, according to the poll.