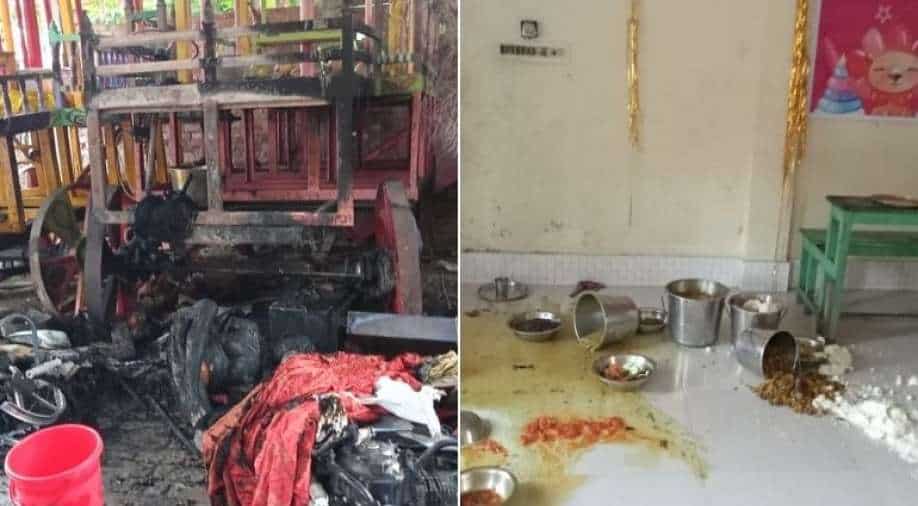 Hindu temples in Bangladesh were vandalised by some unidentified miscreants during Durga Puja celebrations. Photograph:( Twitter )

A few hours after Hindu temples were vandalised in Bangladesh, an ISKCON temple and the people inside it have also been attacked.

As per local reports, a mob attacked devotees at an ISKCON temple in in Noakhali area of Bangladesh on Friday.

We call on the Govt of Bangladesh to ensure the safety of all Hindus & bring the perpetrators to justice. pic.twitter.com/ZpHtB48lZi

"ISKCON temple & devotees were violently attacked today by a mob in Noakhali, Bangladesh. Temple suffered significant damage & the condition of a devotee remains critical," ISKCON said in a tweet. "We call on the Govt of Bangladesh to ensure the safety of all Hindus & bring the perpetrators to justice."

This attack has come a few hours after Bangladesh Prime Minister Sheikh Hasina assured the Hindu community that those who attacked Hindu temples will be hunted down. 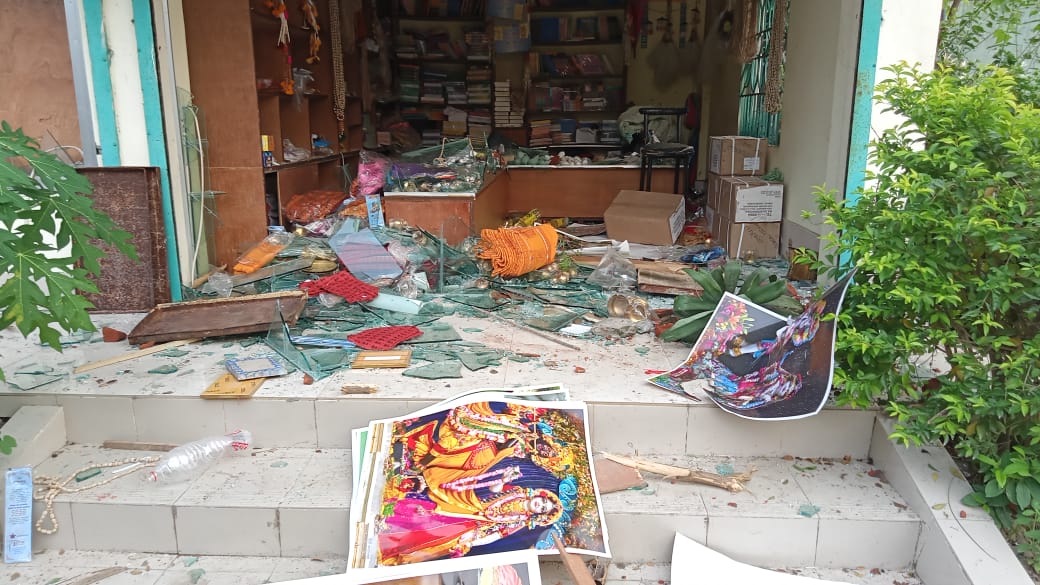 She also assured the community that they have equal rights to celebrate their festivals and stressed that the community should treat Bangladesh as their home.

"You are considered as citizens of this country. You live in equal rights. You will enjoy equal rights. You will observe your religion and celebrate festivals with equal rights. That`s what we want. This is the real policy of our Bangladesh and our ideal. I urge you again never to think of yourself as a minority," she said, while addressing Hindu community gathered at Dhakeshwari National Temple in Dhaka.

"We are getting a lot of information and of course we will find out who is behind the provocation to destroy the communal harmony... strong action will be taken against those no matter which religion they belong to. I want to remind all; Bangladesh is a land of communal harmony. Here, people of all faiths will live together and will practice their own religion," she added.

The situation has been a little tense lately due to some incidents in the country. Hindu temples were vandalised during Durga Puja celebrations, which led to murder of four people and several others were injured.