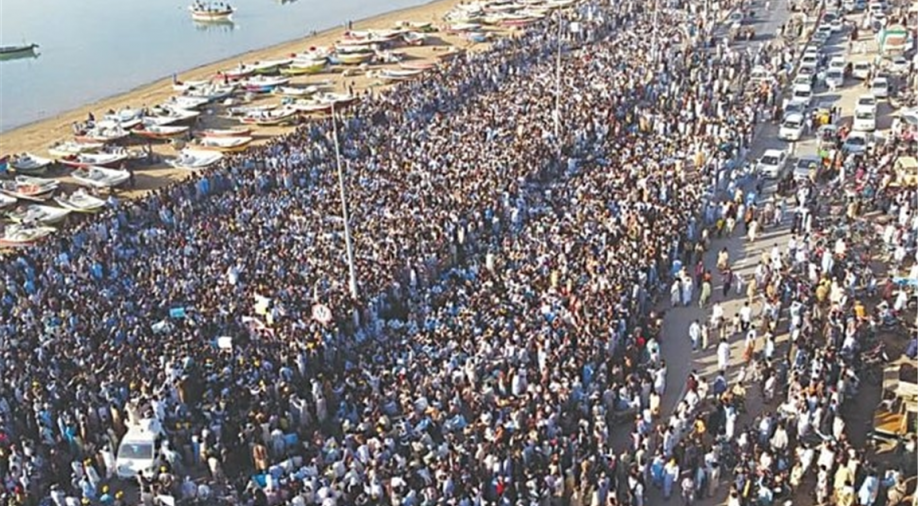 The protest saw tens of thousands of people, including women and children, marching on streets of Gwadar Photograph:( Twitter )

Locals have also been complaining that Chinese authorities—  who are developing the Gwadar port under the Belt and Road project—have been assigning related jobs to outside labour, leaving residents unemployed and struggling to make money

Following a month-long protest demanding basic rights, the residents of Gwadar called off their sit-in agitation after the Pakistan government accepted “all of their demands”.

Gwadar, a port city on the southwestern coast of Balochistan in Pakistan, had been the site of the latest tussle between the locals and the government over increasing discontent with China's presence in the city.

The protest saw tens of thousands of people, including women and children, march on the main roads and streets protesting against the ‘trawlers mafia’ and seeking better health facilities and drinking water

Locals have also been complaining that Chinese authorities—  who are developing the main port under the Belt and Road project—have been assigning related jobs to outside labour, leaving residents unemployed and struggling to make money.

Also read | WION Ground Report: This is what protesters in Gwadar want from Pak govt

Provincial Minister for Planning and Development Mir Zahoor Ahmed Buledi took tow Twitter to announce that the agitation has been called off following successful negotiations with Maulana Hidayatur Rehman — the leader of the Gwadar protest movement.

The negotiation with Maulana Hidayat Ur Rehman in the presence of CM has been successful. Govt has accepted all demands of Maulana Sb and the dharna is to be called off.

“Negotiations with Maulana Hidayatur Rehman, in the presence of the chief minister, have been successful. The government has accepted all the demands of Maulana sahib (sir) and the dharna (protest) is to be called off,” Buledi said.

Balochistan chief minister Abdul Quddus Bizenjo visited the site of the protest and informed them that their demands had been accepted, reports the Dawn newspaper.

Addressing the protesters, Bizenjo said that a complete ban had been imposed on illegal fishing and directions had been issued to the departments concerned.

Also read | ‘Won’t stop till we get peace’: Maulana Hidayat talks to WION about Gwadar protest

“These are all legitimate demands,” he said. Providing the people of Gwadar with development projects and basic facilities is among our top priorities, he added.