WATCH WION Ground Report: This is what protesters in Gwadar want from Pak govt 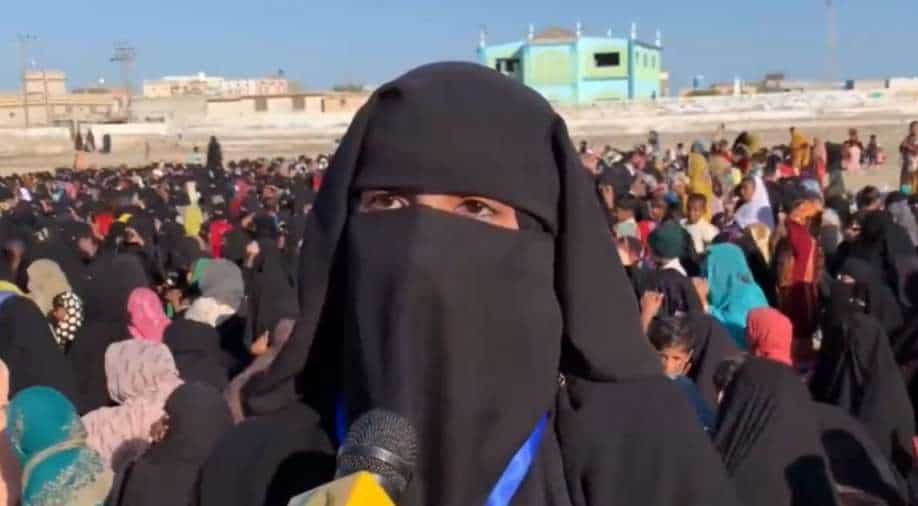 WION's report from Pakistan's Gwadar, where locals are protesting against the government. Photograph:( WION )

Residents, including women, are protesting in Pakistan's Gwadar,  for almost a month now against the government, demanding basic amenities and also raising their voices against a severe shortage of water and electricity and threats to livelihoods from illegal fishing.

Gwadar is a port city on the southwestern coast of Balochistan in Pakistan, where protests are taking place as part of increasing discontent with China's presence in Gwadar.

EXPLAINER | Why are people in Pakistan's Gwadar protesting against the Chinese? Here is what we know

WION is currently in Gwadar, covering the protests and giving a platform for the people who are protesting. "We have been here since last one month we demand justice for the Gwadar residents. After every five years, we have to ask for our rights," a resident told WION, asking "why people of Balochistan are not getting their rights?".

"We demand doctors, there is no doctor. We need to go to another city for treatment and people die on the way - there is no facility here. Gwadar district is small but it should be given importance, we need facilities. During summer there is no light, no water," the woman added.

Gwadar port has been presented as an integral part of the CPEC project, but in the process, the city has become the very embodiment of a security state.

Pakistan Prime Minister Imran Khan said on Sunday (December 12) that he will take "strong action" against illegal fishing by trawlers off the Gwadar coast.

In a tweet, he said, "I have taken notice of the very legitimate demands of the hardworking fishermen of Gwadar. Will be taking strong action against illegal fishing by trawlers & will also speak to CM Balochistan."