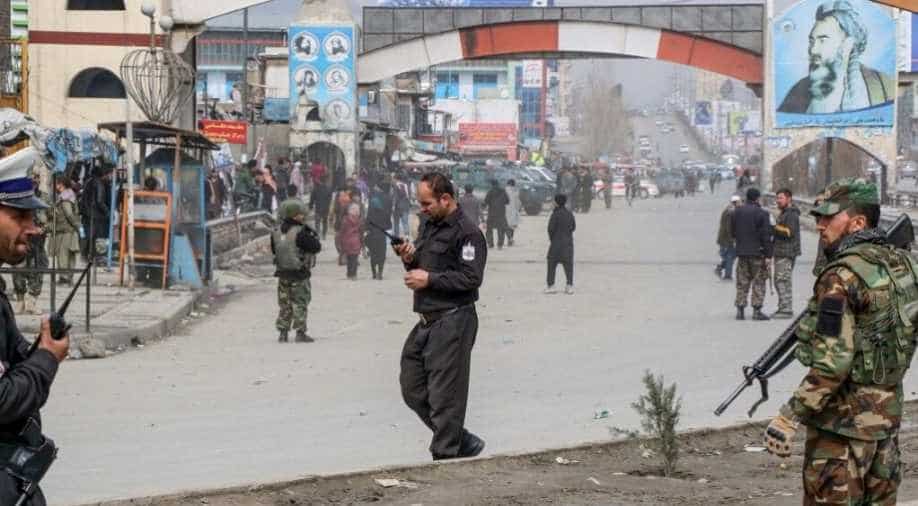 Afghan security forces personnel stand guard on a road near the site of a gun attack that occured during an event ceremony to mark the 25th anniversary of the death of Shiite leader Abdul Ali Mazari, in Kabul. Photograph:( AFP )

A car bomb attack took place in Afghanistan on Sunday morning, resulting in the death of nearly 30 Afghan security personnel

A car bomb attack took place in Afghanistan on Sunday morning, resulting in the death of 30 Afghan security personnel, and 17 injured, officials reported. The death toll is expected to increase.

As per initial reports, the bomb was ticked off by a suicide bomber in the Ghaznil province. This is being treated as a direct attack on the Provincial Council.

The attack has come a few weeks after Afghanistan's capital city was targetted with nearly 23 rockets by the Islamic State (IS).

This incident took place in Ghazni, capital of the eastern province of Ghazn. The emergency services have been called to the spot who are now attending to the injured.

"We have received 26 bodies and 17 wounded so far. All of them are security personnel," Baz Mohammad Hemat, director of Ghazni hospital had said earlier. The extent of damages is still being analysed by the officials.

An investigation into the matter has been launched, and more details will be revealed soon by the officials.