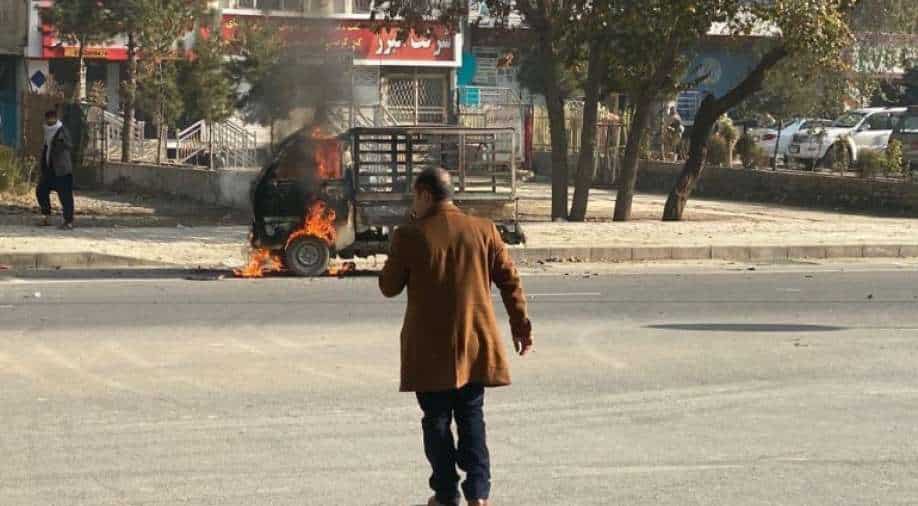 The blasts occurred in densely populated regions of Kabul

The death toll in the rockets fired at Afghan capital early on Saturday jumped to eight.

"The terrorists fired 23 rockets on the city of Kabul. Based on the initial information, eight people were martyred, and 31 others were wounded," said interior ministry spokesman Tariq Arian, as quoted by news agency AFP.

He has also blamed the Taliban for the attack, however, the terror group immediately released a statement, denying any wrongdoing.

The blasts occurred in densely populated regions of Kabul, including centrally located Green Zone and at an area in the north.

Several photos were shared on social media that showed damage to an external wall at a large medical complex.

The rocket explosions took place in a few minutes after blasts in Chehel Sutoon and Arzaan Qeemat areas.

The interior ministry said two small "sticky bomb" blasts had been reported this morning, including one that hit a police car, killing one policeman and injuring three others.

So far, no group has taken the responsibility for the blasts.