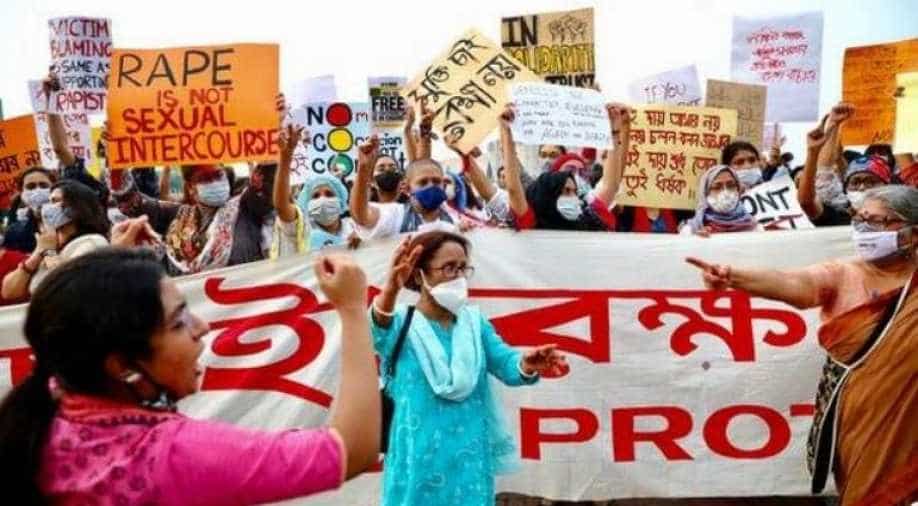 The protestors are demanding exemplary punishment of the sexual violence attackers

Hundreds of locals in Dhaka staged a protest rally from Dhaka to Noakhali to raise their voices against the rising number of rape incidents in the country.

With banners reading "Dhorshon O Bicharhinotar Biruddhe Bangladesh" (Bangladesh against rape and impunity), several hundreds of locals and members of the opposition political party gathered at Shahbagh in the capital city on Friday morning.

The protestors are demanding exemplary punishment of the sexual violence attackers, resignation of the home minister and Convention on the Elimination of all Forms of Discrimination Against Women (CEDAW) charter, the local media reported.

These protests have been increasing in number with the sudden increase in the cases of sexual violence against women, especially since the recent case of gang rape in Sylhet's MC College and in Noakhali's Begumganj upazila.

The protestors have started a two-day rally in which they will be marching to Gulistan on foot and then head towards Narayanganj by bus to hold a rally. From there, they will then move to Comilla and Feni and then hold a rally in Maizdi of Noakhali.