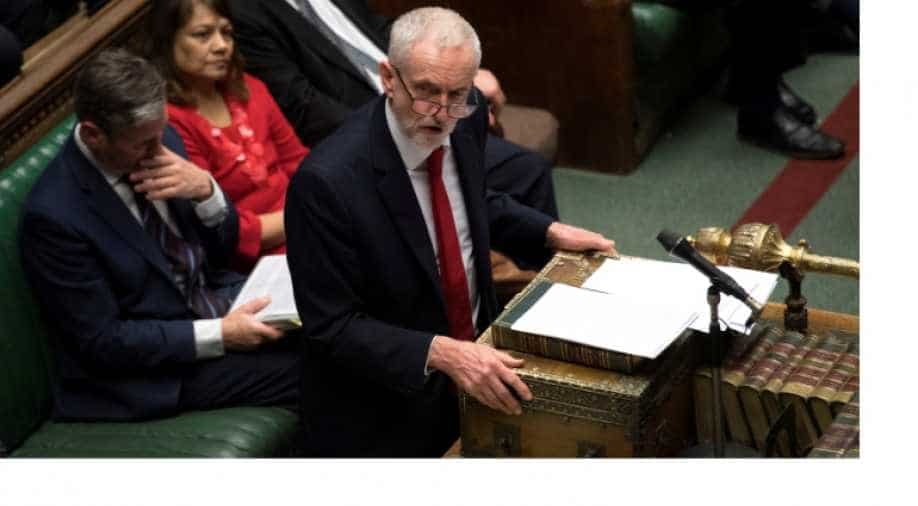 Labour’s messaging on Kashmir lit the fuse which resulted in the community rallying against the party.

At the recent UK election, it was not only the much-discussed ‘white working-class’ that made a statement.  One of Britain’s largest minorities also mobilised to influence, and then oppose Her Majesty’s Opposition. The backlash against Labour was, however, only the latest act in a play that saw the mainly Indian, ‘dharmic communities’ (Hindus, Sikhs, Buddhists and Jains) move steadily from being Labour aligned in the 60s-80s toward the Tory camp today, though to different extents.

This does not, however, necessarily mean these communities fit snugly within the right-wing of British politics. In fact, when it comes to deep-seated values and long-term world vision, they may find more in common with Labour than the Conservatives. It is these commonalities that Labour must capitalise on to win back one of Britain’s most important constituencies. As a South Asian-origin Labor candidate in Australia’s election, I drew on these to recruit hundreds of Asian volunteers, many who had been critical of Australian Labour’s positions on South Asia.

Labour’s messaging on Kashmir lit the fuse which resulted in the Hindu community rallying against the party. In addressing this, the Conservatives’ position regarding Kashmir, and India more broadly, must be exposed by Labour as essentially temporary and transactional. For as long as New Delhi continues to be seen as a partner and potential bulwark against China by the US foreign policy establishment, the British Conservatives will follow suit. This will last as long as the current global dynamics between Great Powers remain, that is the US/West at number one with China threatening that position, and India at number three. The impermanence of such alliances has long been acknowledged by Indian foreign policymakers themselves.

The establishment media’s daily-repeated lie that Corbyn is ‘soft on terrorism’ struck a particular chord with dharmic communities. This complemented Tory politicians’ identity politics-driven pronouncements that the Conservatives supported India because of shared democratic values, or as a partner against the spectre of Islamist extremism. These could be shot down with constant reference to the Conservatives’ cosiest ally in the developing world – a country that is arguably the least democratic and most extremist – Saudi Arabia, whom they materially support through sales of lethal weapons. It was within our lifetimes that the conservative governments of Reagan and Thatcher allied with Saudi and Pakistan to support the Islamist Mujahedeen against the secular government of Afghanistan and its backers the USSR and India. More recently, from Blair’s Iraq catastrophe that spawned ISIS, to Cameron’s Libya intervention that helped ISIS and Al Qaeda take over the country, to Tories’ eagerness for regime-change elsewhere, it has been Conservative and Centrist policies that assisted jihadists via instability, while opposing it all has been Corbyn and successive Indian governments.

Far more enduring and fundamental at this historical moment, are the two parties’ visions of the future world order. The UK Conservatives, like much of the foreign policy establishment, cannot envision a future without full spectrum Western dominance and values leadership. This presents a fundamental clash with the worldview of India’s leadership, both present and past, including the BJP, Congress, Delhi’s foreign policy establishment, and much of India’s population. They view that India should ultimately become a Great Power, at least an equal to the West and China. Becoming a junior partner in an anti-China, Western-led coalition is not part of the plan. Whether it is branded as ‘non-alignment’, as, during the Cold War, or ‘strategic autonomy’ as it is called now, India still follows an independent foreign policy. These positions are also likely to be reflected in those segments of the British Hindu community who would alter their vote based on a party's policy towards India.

Such a worldview finds less obvious contradiction within Labour.  The Party prioritises international law and greater equality amongst nations. Labour focuses on human rights for all peoples more than the need to continue Western dominance.

Closer alignment between Indian and Labour worldviews is borne out in major global debates. Whether it is military interventions in Iraq, Libya and Syria, or how to respond to Ukraine, Venezuela, Yugoslavia, Cuba, Russia and even apartheid South Africa, Corbyn’s positions have more closely matched India’s (under both Congress and BJP) than have the Tories’ positions (and most of Western media). The current wave of Western Russiaphobia is viewed sceptically by India, its diaspora and Corbyn supporters inside Labour. Even India’s growing military trade with Israel has not prevented New Delhi simultaneously strengthening ties with Iran.

Many of the Hindu diasporas criticised Labour’s Kashmir motion as interference in India’s affairs. The Party must highlight its evolution on the question of interventionism. Pre-Corbyn Labour had been dominated by interventionists, enthusiastic to mobilise Western military might to deliver human rights to those threatened by officially designated enemies e.g. Syrians, while studiously ignoring those persecuted by allies, e.g. Yemenis.

Today’s ascendant group within Labour, however, identifies with the global anti-interventionist trend stretching from Corbyn to Bernie Sanders, to Tulsi Gabbard (America’s only Hindu presidential candidate) and even early-stage Donald Trump. Again this sits more closely with the Indian Government for whom the principle of non-interference remains steadfast, as does tolerance of different types of regimes and the objective of making pragmatic friendships where possible.

The Indian leadership’s worldview is likely shared by much of the diaspora. This stems in part from an impressive knowledge of history and acute awareness of colonial exploitation. The diaspora’s thirst for this type of narrative led to Shashi Tharoor’s eloquent rebuke of Britain’s legacy in India at the Oxford Union going viral.

Many basic values emerging from dharmic cultures are more in line with Labour than the Tories. On individualism versus collectivism, cultures of the subcontinent sit closer to socialist Labour than the laissez-fair capitalism that emerged from Protestantism. The diaspora is of course known for entrepreneurism.  Voting for the Tories, however, is often based more in personal financial calculations, a reasonable approach to take, though not one rooted in deep ideological affinity. This may be spurred on by a feeling of not fully belonging within Britain, fuelled by decades of discrimination, though this is decreasing in younger generations. It is noteworthy that while the diaspora may vote Conservative for lower taxes, they simultaneously give heavily to charity for the needy in India.

The community’s emphasis on education too is not necessarily a slam dunk for Conservatives. A strong state that provides services like education and health to improve all of society, the model that has been instrumental in Asia’s success, is closer to Labour’s agenda than the Thatcherite, small-government Tories.

On the external-versus internal control spectrum, dharmic traditions weigh the impact of external factors on one’s circumstances more than Protestant culture. Similarly, Labour’s perspective understands that one’s life-situation is often the product of structural factors outside one’s control rather than personal vices.

Conceptions of interconnectedness with the natural environment, compassion toward animals, non-violence, pluralism and tolerance are all dharmic values which Labour policy matches more closely than the Tories – and values increasingly popular with the younger generation. Vegetarianism and veganism are increasingly politically relevant, both in BJP India and in Britain, and Jeremy Corbyn himself is a vegetarian.

The Party needs champions, including in Parliament, who can articulate these connections whilst also highlighting that it was the Left that fought over decades to create the level playing field that supported dharmic communities to excel. All minority shortlists for parliamentary selection, akin to those currently in place for gender-balance, may be an option.

While the Tories’ respectful silence over Kashmir helped solidify the alliance we now see with dharmic communities, the tectonic shifts occurring in the global order already posit its expiry date. Meanwhile, there are profound reasons for dharmic communities to return to Labour.  A Labour Party that appeals to deeply shared values combined with a hard-nosed, anti-interventionist foreign policy could capture not only the minds, but also the hearts of this increasingly important diaspora.  After all, even the most ardent anti-Labourite could not deny that if we rewound time 100 years, it would be Corbyn out in the street protesting against Britain’s colonial rule of India and Boris touting the civilizing influence of Englishmen upon the natives. 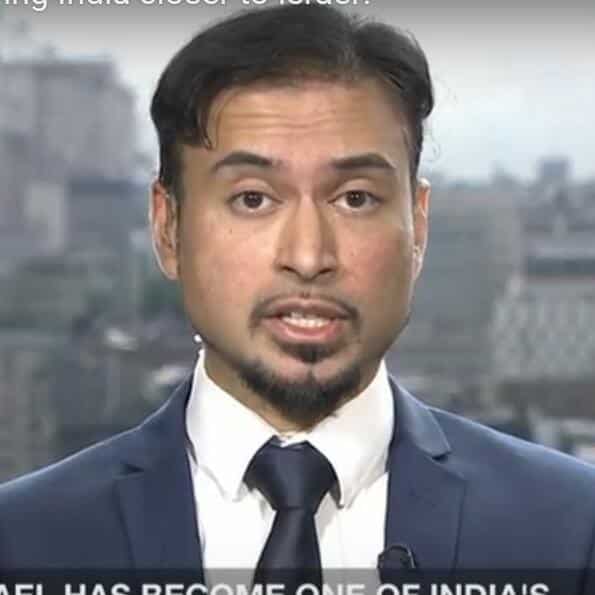 The author is a former political candidate and diplomat