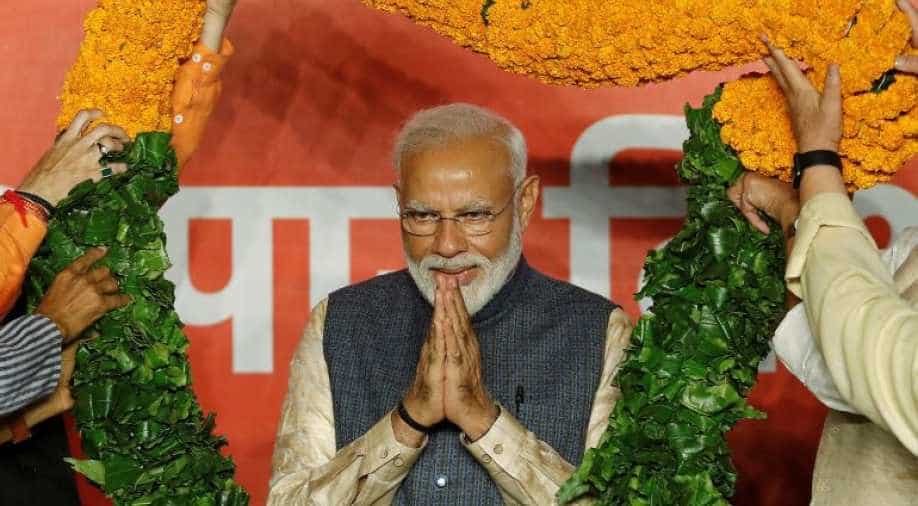 New voter base was formed across the nation, as people broke away from petty political factions and rose as one, identifying themselves as beneficiaries of the Narendra Modi government’s schemes.

Political calculations of naysayers and pundits, who predicted that the BJP would not return with a full majority on its own, have come up a cropper.

The results present a few shockers: victories in Karnataka, Telangana, Odisha and the North East where the BJP has been traditionally weak, and the near clean sweep of Rajasthan, MP and Chhattisgarh, where the party had lost the recent assembly elections.

Also notable is the BJP’s clean sweep in Gujarat, Himachal Pradesh and Uttarakhand, which proves that there was a pro-incumbency wave in favour of the party.

But the real story of 2019 elections are two biggest political shockers, Uttar Pradesh and West Bengal. The success of various schemes and policies of the central government deeply resonated in UP. Chief Minister Yogi Adityanath ensured speedy and effective implementation of developmental schemes. UP saw the rise of a new ‘Modi vote bank’. This new voter base was formed across the nation, as people broke away from petty political factions and rose as one, identifying themselves as beneficiaries of the Modi government’s schemes.

In UP, the Modi-Yogi duo delivered big time on ground and carried their name as tough taskmasters. Analysts were of the view that the Mahagathbandhan of the SP-BSP will spell doom for the BJP, which would win around 25-30 seats in UP. What happened is that the people of UP rose against traditional vote bank politics and backed development in favour of the BJP, irrespective of caste and creed.

In politics, one plus one is not necessarily two. The magic between the SP and the BSP did not materialise on ground. When in power, SP had resorted to large-scale land grabbing, extortion and political violence against the core vote bank of the BSP. Though the core SP vote bank got transferred to the BSP, its reciprocal did not happen.

It was also wrongly assumed that the Muslims will vote en bloc for the SP-BSP combine. Muslims have now understood that they have been exploited in the name of ‘minority vote bank politics’, and being the beneficiaries of many government schemes, voted for the BJP in a number of segments.

Yogi Adityanath’s track record in UP is very impressive. His government has ensured fast-paced completion of various infrastructure projects.  We should credit Adityanath Yogi for the successful conduct of the biggest ever Kumbh Mela. When I had met him in Kolkata, I praised him for the wonderful organisation of the mela at Prayagraj and told him how he had changed the face of the city. He told me that it is only because of the Kumbh that people had noticed Prayagraj, whereas all major cities in UP are undergoing big infrastructural changes.

In West Bengal, people were fed up with mafia rule and the goonda raj of Mamata Banerjee and her appeasement politics.

They voted for the Trinamool Congress, yearning for a change after 34 years of Communist rule, but Mamata too followed the same path.

In her first tenure, the Mamata regime was hit by the Saradha and Narada scams and the poor in her state were disgruntled.

People may question how Mamata won a second term? The reason is that there was no strong opposition and all anti-Mamata votes were divided between the BJP and the Congress-Left alliance in 2016.

The Modi charisma was just starting to grow in Bengal, but was not strong enough to challenge her in the 2016 assembly polls. But the 2019 Lok Sabha polls were a different ball game.

Mamata, thinking about a third tenure, understood that she needed to nurture and consolidate one particular vote bank, Muslims.

It was because of her hardcore appeasement politics of one section of the society, which polarised Bengal on religious lines. I don’t believe in the ‘secularism’ tag, which has been forced upon Bengal by people usually called ‘pseudo-seculars’ during 34 years of CPM rule.

So hell-bent was Mamata on Muslim appeasement that when in 2017, Durga Puja visarjan and Muharram processions fell on the same day, she allowed the procession and postponed the visarjan for two days. Bengali Hindus could never forget that and murmurs started to grow against the Mamata regime.

There were also reports of large-scale riots against Bengali Hindus throughout the state. The local media kept mum and so did the ‘award wapsi’ group and all the torchbearers of ‘secularism’. It was VHP, which revived the Ram Navami celebrations in the state, and chants of ‘Jai Shree Ram’ resonated once again across Bengal. The bubble of ‘pseudo-secularism’ had been burst.

Also, a good chunk of the disgruntled Trinamool vote bank threw its weight behind the BJP. The reason for this was nepotism; Mamata was openly nurturing her nephew, Abhishek Banerjee, to succeed her.

Mamata’s constant abuse of PM Modi also worked against her. Barring the last phase of elections, BJP won seats in Bengal in all the phases. The last phase saw Trinamool’s conspiracy of vandalising the statue of Vidyasagar, which might have worked in their favour and stopped the BJP from winning anywhere around 25-30 seats.