Has Rahul Gandhi become a liability for Congress? 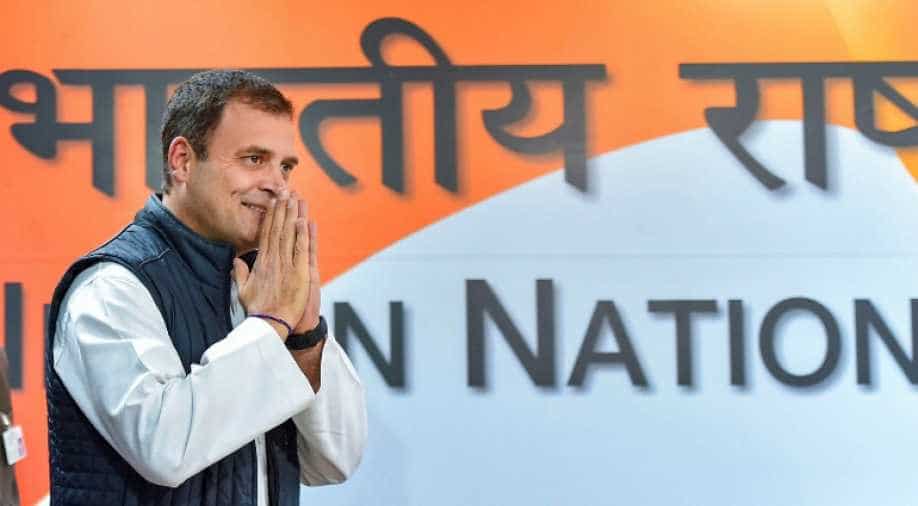 Winner takes it all and so is the case with the 2019 Lok Sabha elections where Narendra Modi tsunami dismantled the entire Opposition barring a couple of states where regional satraps still rule the roost.

The mandate was not only for Prime Minister but also a referendum on Rahul Gandhi's leadership and acceptance as a leader who can replace Modi.

The mandate shows that people not only rejected Rahul Gandhi but also top brass of the Congress. BJP, on the other hand, barring Kerala, Andhra Pradesh, Punjab and Tamil Nadu, has performed impressively. It has swept both rural and urban areas. It deprived, Congress of the advantage, it garnered during assembly elections in three Hindi heartland states. So, the issue is whether Rahul Gandhi can continue as the president of the Congress party? Has Gandhi become a liability for the grand old party?

With this degree of performance, can Rahul Gandhi continue to successfully function as the leader of the biggest opposition party? Should he quit and make way for some other deserving candidate? Congress will also have to grapple with these issues intensely if it wants to remain relevant in the political process.

Congress will also have to grapple with BJP's gains in West Bengal, North East and Odisha where Congress has come third and BJP has occupied the space of the opposition party. Congress has lost states consistently since the 1960s and BJP, on the other hand, expanded into non-traditional areas like South and East India. Today BJP stands neck to neck with Mamta Banerjee in West Bengal which could not have been imagined when BJP's vote share increased in 2014 elections. Today Mamta is staring at an electoral rout in assembly elections. BJP also defeated the caste matrix in UP by defeating Mahagathbandhan, demonstrating that opportunistic alliances do not work.

There are many reasons why Congress failed. It looks like, Rafale, 'NYAY' and 'Chowkidar Chor Hai' campaign did not work at all. More than that, Congres in comparison with BJP-RSS combine lacked a clear ideological core. After 2009, BJP switched back to the idea of undivided Hindu vote. Congress, on the other hand, shifted from one issue to another.

It also under-estimated the power of positive feeling associated with the spirit of nationalism. But, is it fair to say that Congress is a dead party? I would say no. Congress still has a future but would definitely require a different leadership model. Maybe a different leader? But at present, Congress cannot function as it has in past if it wants to survive.

This election has drawn a difference between Narendra Modi and Rahul Gandhi. If people invested faith in Modi they also chose to reject Rahul as the Prime Ministerial candidate. He was not taken seriously by the electorate. It should worry Congress as indifference in any relationship kills and this is politics. The election has punctured the myth of Priyanka Gandhi Vadra's political acumen as well.

The defeat has also put the government of Karnataka and Madhya Pradesh in danger. These are the developments of tomorrow but one can say for sure that Congress under Rahul Gandhi has failed once again.

Losing to Smriti Irani in Amethi has dealt a major blow to the credibility of Rahul Gandhi. For long he would be considered a non-performing MP. His massive lead in Wayanad would never ever compensate for the loss in Amethi.

To put it neatly, Narendra Modi has defeated Rahul Gandhi with a resounding mandate both in India and in their family bastion.

The victory has proven that BJP's support base is both urban and rural. It has become truly a pan Indian party, removing Congress from its hegemonic position. This change will have a profound impact on Indian politics. For the millennials, it would represent a departure from Congress dominated India to BJP dominated India.

In this election, Congress has failed to touch triple digit which shows that revamp programme was an utter failure.

This mandate allows Modi, a great playing field in diplomacy and economy. A lot of reforms were expected after 2014 but they did not happen. One can only hope that this time he reforms the system so that the animal spirit of the economy can be unleashed.