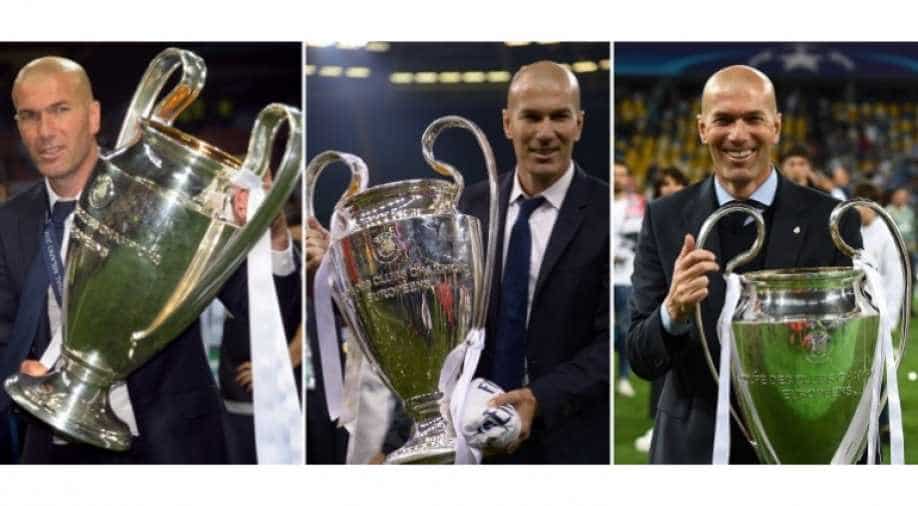 To restore the previous form and win the most precious European crown in football, Madrid will need some serious strategy.

In order to break out of a difficult phase, Real Madrid have played their trump card - reappointing Zinedine Zidane as the head coach on a three-year contract.

Zidane, who led Madrid to a historic third consecutive Champions League triumph said, "I'm very happy to be home. I want to put this club back where it belongs."

But to restore the previous form and win the most precious European crown in football again next year, Madrid will need some serious strategy.

Following Santiago Solari's sacking, Real Madrid made the announcement of Zizou's return and the change came less than a week after two losses to Barcelona and another to Ajax.

The results eliminated the club from two major title races - Champions League and Copa del Rey. It also diminished hopes of winning the Spanish league as currently, the club is in the fifth position, 12 points adrift of leaders Barcelona.

One point is very clear, Zidane has no pressure in this season because of the condition of the club, however, he has an opportunity to begin from scratch.

"When the president called me, I could not tell him no," said Zidane.

"When you have won a lot, sometimes you can have a dip, and this year it has been like that."

"I don't blame anybody. Lopetegui and Solari wanted to do the best they could for the players, the team and the club. It went how it went, I won't get into that, we must look forward," he added.

The club is out from the UCL title race but Zidane will look to perform better in La Liga games with only 11 games left in the league.

The ongoing season is, however, another matter since it is very difficult for even a coach like Zidane.

After replacing Rafael Benitez in the Santiago Bernabeu dugout in January 2016, Zidane won nine trophies but the narrative has changed at Bernabeu since his exit as the club is going through a crisis.

Real's former player Cristiano Ronaldo's departure in July has had a big impact on the club this season while their other key players like Marcelo, Isco and Gareth Bale have struggled.

Zidane was hailed as one of Real's great coaches of all times and his reunion with the players will boost their morale.

Now as Real Madrid coach, Zidane needs to fill Ronaldo's void and deal with players who are struggling with injuries. Also, he immediately has to reinforce the attack unit.

Even the players like Toni Kroos and Luka Modric have failed to deliver.

First and foremost, Zidane must assess the team and focus on new signings otherwise the "genius coach" will drown along with Real Madrid's sinking ship.