Blog: Manohar Parrikar never shied away from confrontations and inspired others to do the same 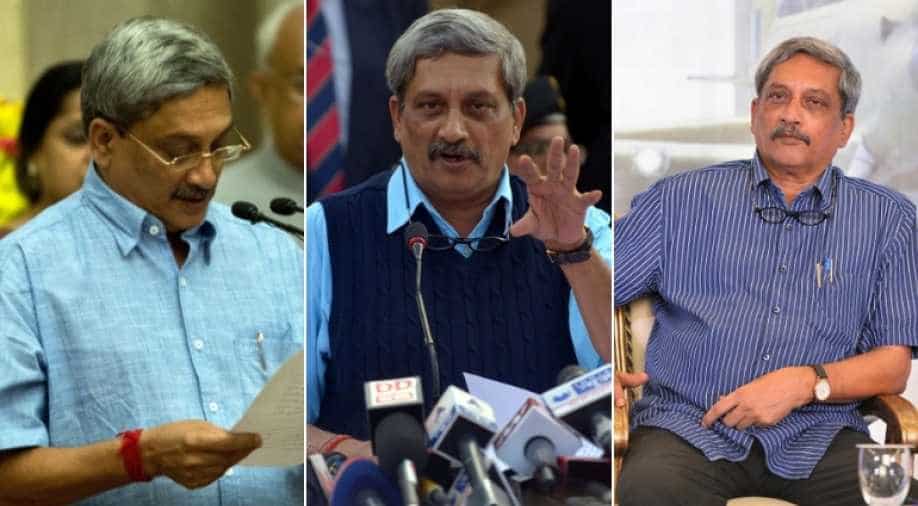 No politician from Goa had risen to such national prominence as he had — with a pan-India image.

Sometime in early 2003, I approached Manohar Parrikar, then Goa’s chief minister, with a problem. I had been, a few months ago, appointed as his media advisor and concurrently deputed as director, Department of Information and Publicity, Government of Goa. I was having trouble with the bureaucracy in pushing ahead some of my ideas to revamp the functioning of the department — ideas that I had discussed with him and gained his approval for.

He heard me out, smiled, and said: “You have to learn to work with the babus. They are instinctively trained to object, not facilitate. I have found my way of dealing with them, without antagonising them. You have to discover your own method.”

The incident encapsulates the style of Parrikar, the man and the politician. He always ‘found’ ways to deal with challenges. He never shied away from confrontation but did his best to ensure that it did not result in bad blood or enduring enmity. Which is why he had supporters and admirers from not just all walks of life but across the political spectrum. The quality was demonstrably evident some two years ago when the state elections results threw up a hung House. Two leading regional parties publicly announced that they would be part of a BJP-led coalition to prevent Congress from coming to power, only if Parrikar was made the chief minister.

The BJP’s central leadership asked Parrikar, who was then the country’s defence minister, to return to the state.

When I was in office, many bureaucrats would reach out to me under the (false) impression that I enjoyed leverage with him and could put in a good word on their behalf with the chief minister. It’s true that Parrikar loved it when those in the bureaucracy and the media praised him. But he had no respect for sycophants though tolerated them. In private conversations, he would tell me that such persons were spineless and that he had greater regard for those who complimented his good work but also constructively criticised when his government slipped.

I recall an occasion when the local media had been miffed over some comment of his and decided to protest by wearing black bands at his events. When I informed him of the issue, he brushed it aside and remarked that it was a ‘passing fad’. At a Press conference soon after, in which certain members of the media sported the black band, he smilingly observed that the bands looked ‘nice’ on the sleeves. He added that his intention was not to deride the media when he made the comment which some journalists had found objectionable and that he fully respected their freedom of expression. That was the end of the media protest.

That Parrikar was committed to a free but responsible media is evident from yet another incident. One fine day, the state Governor called me and the Secretary, Information, for an audience. After the usual courtesies, the Governor enquired about the functioning of the information & publicity department which I headed. Before I could say anything, he remarked:

“You people must keep an eye on those in the media that are critical of the government. Track their movements…” Both the Secretary and I were taken aback but kept our counsel. Later, when I narrated the incident to Parrikar, he laughed and said I should “ignore such nonsense”.

Parrikar did not like to pull up senior bureaucrats in front of others, but on rare occasions, I saw him do so. At a meeting called to discuss the promotion of tourism in the state, he was severely critical of the Tourism Secretary, telling her that she did not understand the Goan ethos, which is why the plans she had presented were unworkable. He was less restrained with party workers and office-bearers, many of whom he had known for years and developed a close relationship with. He would reprimand them and scoff at them, but no offence would be taken by those in the line of fire because they knew their Manohar “bhai” had no malice.

Various commentators have, since his death, written and spoken of his many qualities, both as defence minister and chief minister. They have rightly pointed out that no politician from Goa had risen to such national prominence as he had — with a pan-India image. His decisiveness as a leader too has been talked about. I will recollect one instance. Once it became clear that Goa would be the permanent venue for the International Film Festival of India, Parrikar swung into action to get the infrastructure in place in time for the prestigious event. He despatched a three-member delegation — I was one of the members — to the Cannes International Film Festival in France with an aim to learn. He read the report we submitted on our return with keen interest and realised that the scale and proportion in which the Cannes event was held could not possibly be replicated in Goa. However, the real challenge lay elsewhere, in the absence of infrastructure. There was not even a multiplex, nor office space for the newly created the Entertainment Society of Goa that was tasked with organising the event. And there was barely 12 months to get all of these in place.

Parrikar immersed himself with missionary zeal to meet the challenge. He would be at the site — the old Goa Medical College complex, where the new infrastructure was to come up — morning and evening.

He would interact with the officials concerned, the contractors, even the masons and other labourers. It was a sight to have the state’s Chief Minister standing atop the rubble of concrete being pulled down to make way for a spanking new building and the multiplex, giving directions and encouraging everyone around. Needless to add, the place was ready for the inaugural event of IFFI-Goa.

Parrikar was full of energy when he was at his fittest; he displayed spirit when he was crippled by illness in the last few months of his life. Lesser people would have given up, but he attended office and Assembly proceedings with a feeder tube dangling from his nose, and though he needed assistance to walk a few steps. That was his josh.