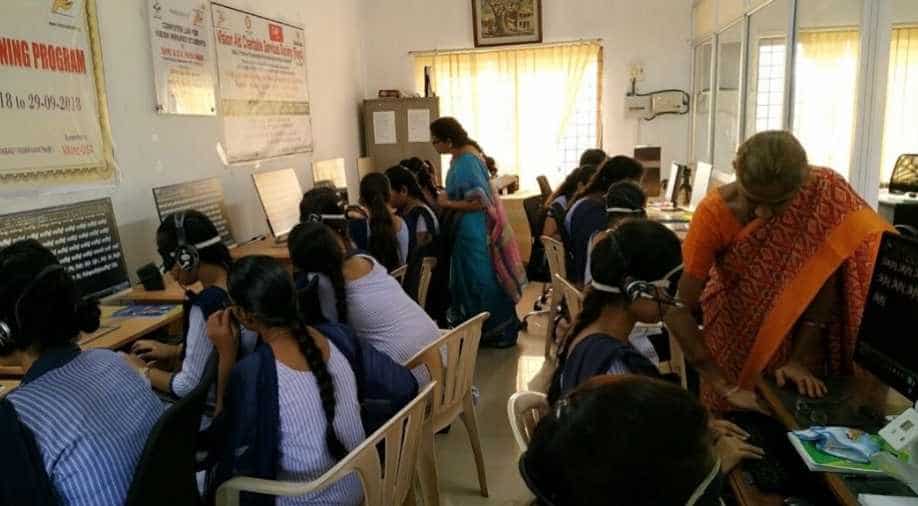 I wish I had a more eloquent story to talk about the events leading to my mini-epiphany that eventually translated into this blog post. Imagine something along the lines of — it was a warm afternoon in Vizag. The rain had just restored the green in the leaves and rendered the sky into a radiant shade of blue.

Nope. This was how reality went: At around 3 pm on a hot and humid day, during a conversation about the organisation’s latest course on Mobile Technology, which teaches visually impaired students how to use smartphones, Mr. Raju, the President of Vision Aid, remarked that by not introducing such technologies to these students, we were leaving them behind, in a world that was slowly growing archaic, especially when compared to the one inhabited by their sighted peers. In that moment, I felt like the central character in any quintessential detective/crime TV show, where a casual remark sets the prelude to a dramatic epiphany. Although slightly less dramatic, this remark prompted me to think more critically about the questions that I started my blog post with, the implications behind asking them, what they might reveal about our presumptions, especially my own, and how these presumptions have and continue to colour our understanding of inclusion and inclusive design.

In an attempt to bridge the accessibility gap between the worlds inhabited by the visually impaired and sighted folk, Vision Aid has pioneered computer training programs, namely their Certificate in Computer Application (CCA) and Diploma in Computer Application (DCA) programs, whose aim is to empower the visually impaired students by providing intensive one-on-one training on computer use, from learning how to type all the way to coding in Python![1]It was these courses that elicited the infamous ‘wait what?!’ question.

For me, this confrontation explicitly underscored a saviour complex, unwittingly or wittingly, built into our interactions with the community. More subtly, it also revealed an insidious power imbalance where those holding economic and social power, mostly the sighted folk, convince themselves of a reality (in this context, that a visually impaired student can’t type and hence, can’t perform a job requiring the use of a computer) that is not only untrue, but also is one that tangibly harms the livelihoods of the visually impaired. Simply put, being aware of our positionality and biases, acquired or inherent, can help better see the assumptions that colour our interactions with the visually impaired and how they potentially strip the community of their agency and ability to invest in skill sets that move beyond just tactile skills.

These questions also made me acutely aware of another implication of my assumptions — I was reinforcing education and employment models that have little to no place in today’s competitive world. In my conversations with trainers and teachers who work with the visually impaired community, the key idea that was repeatedly highlighted was this lack of investment in developing ability, as opposed to catering to emotions. They argued that even today, a big part of society uses the “charity model”[2] when talking about disability i.e, viewing the visually impaired as a people to be sympathised with and towards whom to be charitable. Not only does this model reinforce dangerous assumptions, but also creates an environment in which society views the visually impaired community as less than, specifically in the context of education and careers, and pushes investment away from finding meaningful ways to include them in our technology-driven world. Maybe it is time we start to internalise the visually impaired as doctors, photographers[3], engineers, or anything they want to be, as opposed to only in some finite set of jobs we might impose on them. This is also why I think Vision Aid’s CCA and DCA programmes are so powerful — they take a step towards investing in the visually impaired students’ ability, not the stereotype.

Over the past weeks, my time as an AIF Clinton Fellow with Vision Aid has taught me that investing in ability and skills gives the visually impaired a chance to define their own career paths and identity. For me, it has been a step forward in truly including them in our professional and social spaces. In the specific context of computer-use, with tools like Non-Visual Desktop Access (NVDA) and Job Access with Speech (JAWS), there is barely any difference between computer usability, sight or no sight. Just try having a typing contest with Krishna, a student at Vision Aid.

Members from the board of Vision Aid also emphasised that their CCA and DCA programs were a huge step in pushing the envelope on empowerment. They say that these programmes not only educate but also help the visually impaired by helping them translate this human capital into economic and social capital. This brings me to the last part of my epiphany: employability. Time to do a full circle and come back to the questions about not learning Braille. Among the students at Vision Aid, although several know Braille, almost no one uses it today. Another important (and for some, surprising) fact is that there is no one type of braille: braille is not universal and there are different braille systems for both, within the same language and across different languages.[4] Think about this within the Indian context and the complexity it adds to the accessibility discourse! More so, in my interviews with the students at Vision Aid, all the students pointed to recorders, phones, and laptops as their go-to means of note-taking. So why then, was I still doggedly stuck in the Braille age? To be clear, Braille is an extremely helpful tool for millions.

However, boxing the visually impaired as a community whose best, or ideal, the option is Braille perpetuates harmful stereotypes. Learning and using Braille is a choice that should be left to the visually impaired, not to the sighted. At Vision Aid, technology has immensely helped people see the independence of the visually impaired instead of their need for dependence. This focus on their skillset has largely laid the foundation to view these students as competitive applicants in the job market. Ask any of the students at Vision Aid what they hope to achieve at the end of their training and you’ll hear one resounding answer — a job. So maybe it is time we start to invest in a model that in turn invests in ability and skill-building to help the visually impaired have their shot in our hyper-competitive job market, not simply create a separate one. Isn’t this separate world, by definition, accommodation, and not true inclusion?

Based on my time working at Vision Aid, the key question I had hoped to analyse was whether we were creating different worlds, moving at different paces from each other, instead of trying to create one world where we were all on the same page, tackling its incredulous pace together. Although I feel like I’ve only scratched the surface of the issue and am left with more questions than answers, I’m glad that my past few weeks have given me the exposure and experiences to start asking such questions, be more aware of my own biases, and push the envelope when thinking about inclusion and access for the visually impaired. 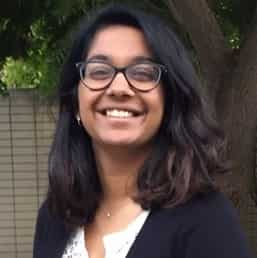 How do we stop the parade of gun deaths?