ON THE MARGIN: New Nepal returns to its old ways 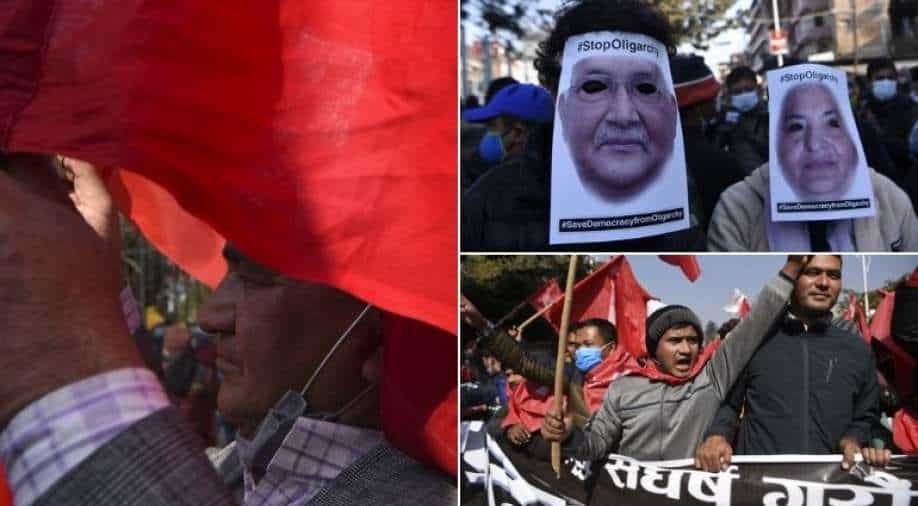 In destabilising his own ministry which had assumed office in February 2018, K P Sharma Oli, who became Prime Minister for a third time on May 13, has done immeasurable damage to Nepal’s polity, governance and economic development.

More than any government in Nepal after its first multiparty election in 1991, Oli’s second coming at the head of a popular ministry had given rise to immense hope. It was the first government under a new constitution on which all parties had agreed after years of debate. The Government of India’s attempt to scuttle the promulgation of this constitution failed. In fact, the attempt boomeranged on New Delhi, which was accused of inciting protests against the new constitution (in which at least 60 people were killed); enforcing an economic blockade against Nepal by choking of essential supplies; and, perpetrating, as Oli said in the United Nations, “an act of inhumanity worse than war”.

In the aftermath, India-Nepal ties were vitiated and Prime Minister Oli’s ouster from office was attributed to New Delhi’s machinations. These developments made Nepalese parties to close ranks against “Indian interference” and reinforced the resolve to make the new constitution succeed. For his part, Oli, far from being chastened, made the most of it.

As a prelude to their merger, the Communist Party of Nepal (Unified Marxist-Leninist) led by Oli and the Maoist Centre of Pushpa Kamal Dahal alias Prachanda had formed an alliance, which won the elections handsomely. The two parties and a small group merged to become the Nepal Communist Party. It was agreed that Oli and Prachanda would each hold office for half the government’s five-year term. The election sidelined the Nepali Congress, which had been a leading force for decades, and royalist parties. There also emerged new Terai-based forces, prominent among these being the Janata Samajbadi Party (JSP) of Mahanth Thakur with 32 seats in the 275-member House.

The united NCP’s numbers, pronouncement and connect with people underpinned by the power-sharing formula held out hope of stability, governance and equitable development.

One of the poorest countries in world, Nepal had been deprived of development as well as stability since its first multi-party election in 1991. Barring short bursts of performance by one or two ministries, the political class was seen as corrupt and self-serving in the pursuit of their personal ambition and indifferent to development. The elected elite’s sole aim was to occupy office by fair means or foul.

Nepal saw 12 people pass through the revolving door to become prime minister 24 times. Disparate parties, big and small, resorted to dirty tricks and form coalitions solely to grab power; and, their hallmark was their singular failure to deliver governance and development, which helped Prachanda’s Maoist guerillas to flourish before they were mainstreamed in the 2008 elections.

Given this troubled history of an exploited and neglected people held to ransom by those they had elected, there were great expectations that the united communist party led by Prachanda-Oli would make a clean break and chart a new course. This turned out to be a pipedream. As in the past, personal ambitions and power politics once again came to the fore in September 2020. At the end of the first half of the party’s five-year term, Prime Minister Oli refused to hand over the baton to Chairman Prachanda. His image took a beating. So did Nepal’s democracy and its constitutional scheme of things.

His party rivals rose in revolt and there followed a power struggle. An unfazed Oli made matters worse on December 20 by dissolving parliament and announcing fresh elections. But, 65 days later, Nepal’s supreme court held the dissolution to be illegal and reinstated parliament. The court, acting on a petition, undid the merger of the communist parties on the ground that the party’s name was already registered with the Election Commission by another person (Rishi Kattel). This strengthened Oli’s position as party men seeking his ouster got purged without expulsion or a split in the party.

There followed patch-up attempts by Oli, but in vain. As a result, on May 10, he lost the vote of confidence in parliament (93-124). in which 28 of his own MPs abstained; and, 15 of the pro-India SJP’s 32 MPs remained neutral, while 15 voted against him.

When President Bidhya Devi Bhandari called other parties to stake claim to form a government, the Nepali Congress backed by Prachanda’s Maoist Centre and others could not rustle up the numbers before the May 13 deadline. President Bhandari had no option but to reappoint Oli as the prime minister.

Thus, Oli has won 30 days to prove his majority. He could again seek dissolution of the house before the floor test. If he loses the confidence vote and the house is unable to throw up a government, then also dissolution is inevitable. With the Covid-19 pandemic raging, elections may not be held within the required six months. In either case, with uncertainty over election dates, Oli may continue indefinitely as prime minister without any accountability whatsoever. That would be an unprecedented political dead end, unseen in Nepal since a popular movement forced the monarchy to retreat 30 years ago.

This bodes ill for Nepal and its constitutional multiparty system. With all constitutional bodies—from the President and the Prime Minister to Parliament, Supreme Court and the Election Commission—implicated in the ongoing political power struggle, Covid-ravaged Nepal faces a future where more than democracy is in peril. Hopes of a New Nepal have been dashed by the country’s return to its venal old ways.