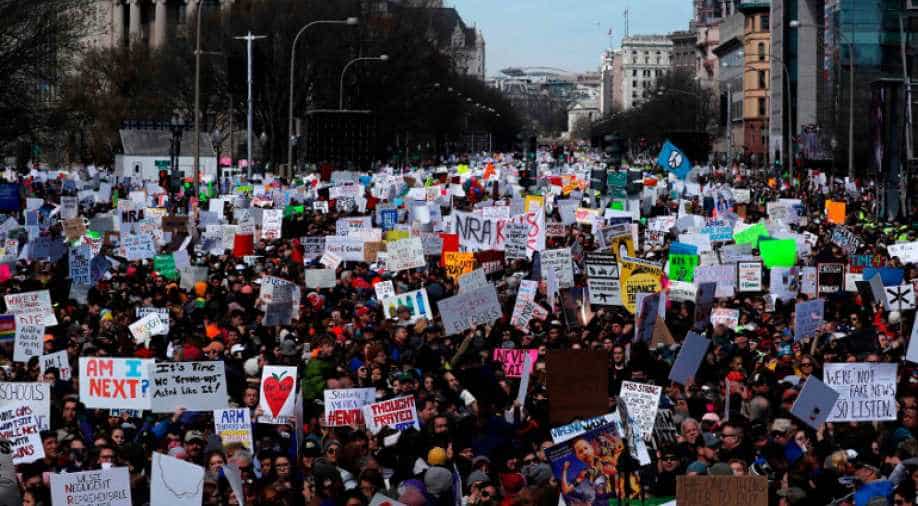 Students and young people gather for the 'March for Our Lives' rally demanding gun control in Washington. Photograph:( Reuters )

More than a million Americans flooded the streets of cities nationwide for emotional protests demanding tighter gun control on Saturday, protests spearheaded by teenagers from a Florida high school where 17 people were shot dead last month.

Nearly 90 per cent of the Rajya Sabha MPs are crorepatis while the average of total assets Upper House parliamentarians is Rs 55 crore, says a report.

Turkey’s military and its Syrian rebel allies have taken full control of northwest Syria’s Afrin region, a Turkish army source said on Saturday, as aid workers distributed food to people in the area.

Australia captain Steve Smith was fighting to save his job and reputation on Sunday after admitting he was the chief plotter in the ball-tampering scandal which has plunged the game into crisis and sparked a Cricket Australia probe.