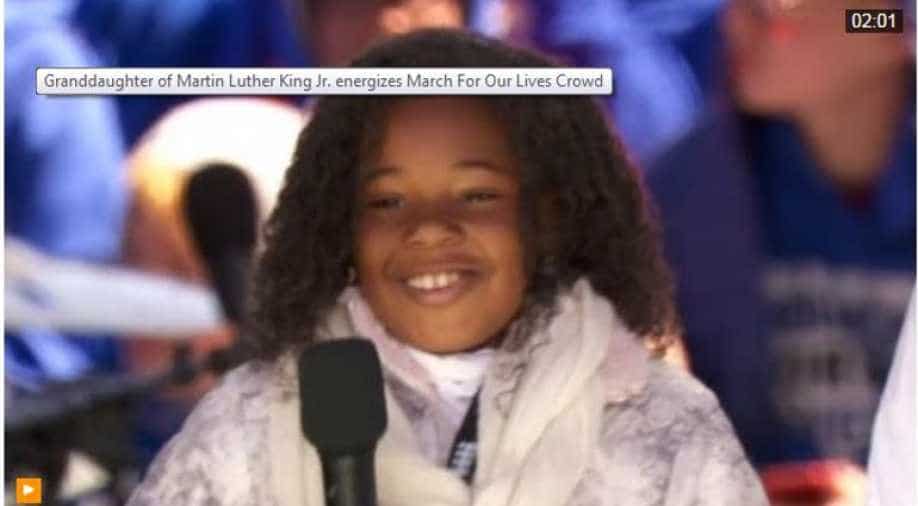 Martin Luther King practised non-violent demonstrations during the 1960's to fight for equal rights for people of colour. His granddaughter Yolanda Renee King lead the large crowd in a chant calling for common sense gun reform, nearly 50 years after her grandfather was killed in Memphis in April of 1968.

Students from the Parkland, Florida, high school where 17 people were killed on February, 14, spoke to the massive crowd in Washington, where organisers said as many as 500,000 people were expected to demonstrate near the Capitol and call on Congress to fight gun violence.

The protests aim to break a legislative gridlock that has long stymied efforts to increase restrictions on firearms sales in a nation where several mass shootings in schools have taken place.