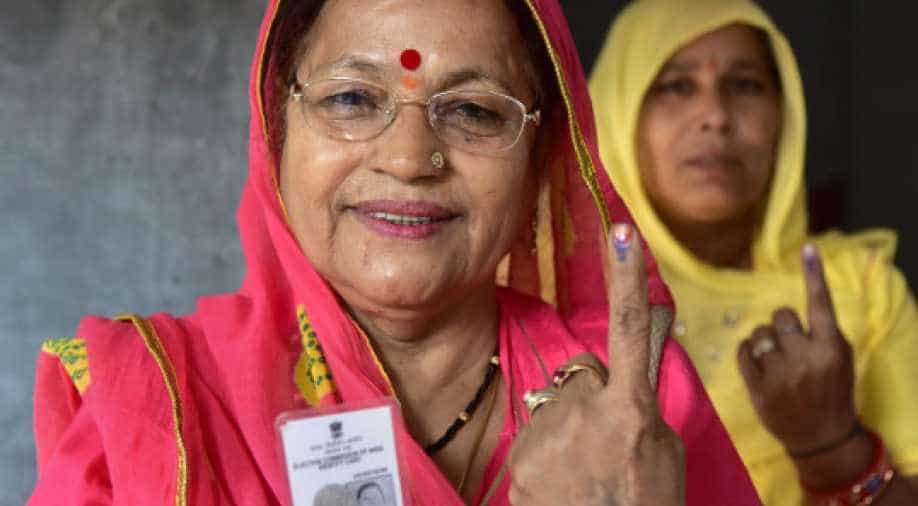 Ahead of the assembly election results on December 11th, the exit poll results for Madhya Pradesh, Rajasthan and Chhattisgarh predict a tight finish between the Congress and the BJP. In Telangana, poll agencies predict a clear victory for KCR-led Telangana Rashtra Samithi (TRS).

According to CNX, BJP chief minister Shivraj Singh Chouhan's party will win 126 seats and the Congress 89 with the BSP trailing far behind with 6 seats in the 240-member Assembly. Axis has put BJP in front with 111 seats with the Congress just a shade behind with 113 seats.

Jan ki Baat has pitched BJP with 118 seats with Congress close behind at 105. However, the CSDS exit poll has put Congress in front with 126 seats with the BJP trailing with 94 seats.

In the last assembly polls in 2013, BJP had trounced the Congress by winning 165 seats with Rahul's party managing just 58 seats.

In chief minister Vasundhara Raje's state, CNX and Axis agree that the ruling BJP will lose the state. The CNX exit poll has put Congress in front with 105 seats with the BJP behind at 85.

Axis exit poll result has put Congress ahead with a clear 130 seats with the BJP far behind at just 63 seats.

However, Jan ki Baat has predicted a neck-and-neck tussle in the state with BJP set to win 93 seats and the Congress taking 91 seats as Others grab the rest of the 15 seats in the 199- member assembly.

In BJP chief Raman Singh's state, poll agencies are split between the Congress and the BJP.

CNX and CSDS have put BJP ahead with 46 and 52 seats respectively with Axis and My Pace declaring that the Congress will surpass the BJP winning 60 and 48 seats in the 90-member assembly.

My Pace has predicted a close battle with the BJP just 10 behind the Congress with 38 seats.

In the north-eastern state of Mizoram, the Congress and Mizo National Front(MNF) along with BJP, National People’s Party(NPP) and Zoram People’s Movement(ZPM) have been doing battle.

The hill state has been dominated by the Congress for the last 10 years with the party winning 34 seats in the 2013 elections in the 40 member assembly.

The C-Voter poll agency has predicted a close finish in the state with the Congress set to win between 14-18 seat with the MNF taking 16-20, ZPM winning 3-7 seats and Others getting 3 seats.

CNX has predicted MNF will pip Congress to the post by winning 18 seats and Rahul's party getting 16 and Others grabbing 6 seats.

My Axis exit poll predicts ZPM winning 8-12 seats similar to the Congress which will also win between 8-12 seats with the MNF coming out on top with 16-22 seats.