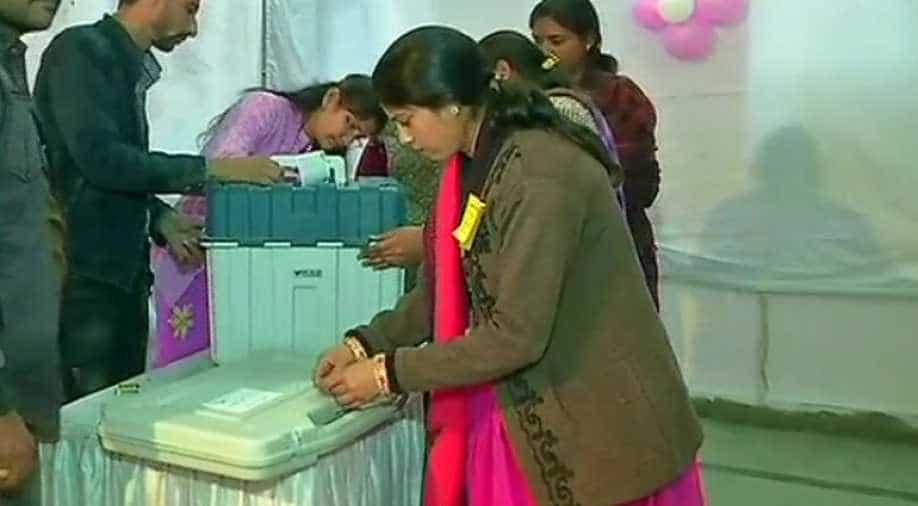 At the end of the polling day, the Election Commission said the turnout was recorded at 73.85 per cent.

Voting concluded on Friday evening in poll-bound Rajasthan. According to reports, around 74 per cent of the total 4.74 crore registered voters in the state exercised their voting rights. Around 72.7 per cent voter turnout was recorded till 5pm.

At the end of the polling day, the Election Commission said the turnout was recorded at 73.85 per cent. However, the officials said the final figure could be higher.

The voter turnout during this legislative assembly election was recorded less than that of the year 2013 wherein 75.23 per cent of the registered voters in the state cast their vote.

Around 51,687 booths were set up across the state wherein the polling started as early as 8 am. Besides few clashes among supporters, the police reported that the polling went largely peaceful.

Chief Minister Vasundhara Raje, Pradesh Congress Committee chief Sachin Pilot and other leaders were among those who exercised their franchise.
Raje (Jhalrapatan), Pilot (Tonk), former chief minister Ashok Gehlot (Sardarpura) are among the 2,274 candidates in the fray.

Raje, who is the BJP's chief ministerial candidate, is fighting against veteran BJP leader Jaswant Singh's son Manvendra Singh in Jhalrapatan, the constituency she has represented since 2003.

This is the maiden assembly election for Sachin Pilot, a two-time MP who is seen as a chief ministerial possibility if the Congress wins. He has represented Dausa and Ajmer Lok Sabha constituencies in the past.

The final results will be made public after the counting of votes concludes on December 11.