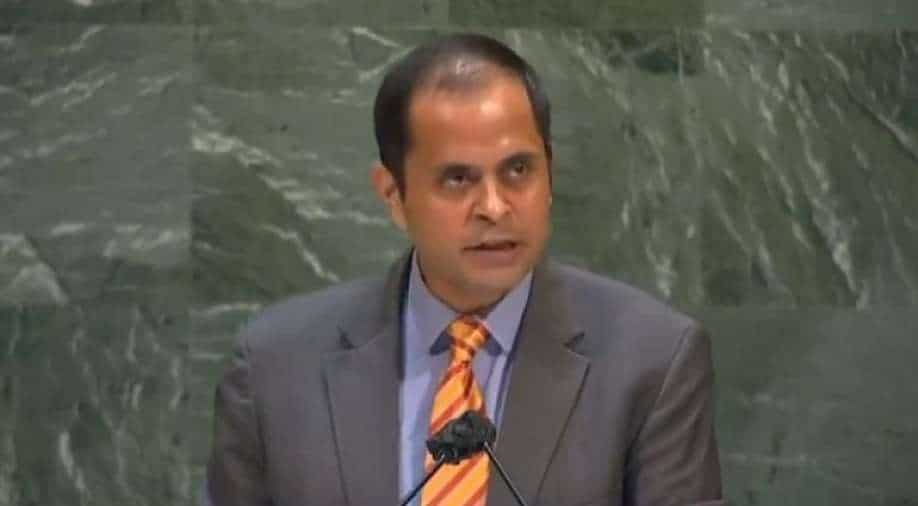 As part of the development support globally, in 2017, India established the India-UN Development Partnership Fund. In 4 years, the Fund has developed a portfolio of 64 development projects in partnership with 48 developing countries.

India has highlighted how it "prioritizes institution-building" as part of its global peace-building efforts, and these efforts are focused on "extensive development partnerships with developing countries" in Asia and Africa.

Indian diplomat Pratik Mathur, speaking at the United Nations General Assembly, said, "As a democracy, we are conscious of the need to prioritize institution building, in particular, governance structures to strengthen institutional capacity and the rule of law, taking into account the views of the host government" and "consequently, these need to be the building blocks on which peace-building should rest." He made the comments at the annual UN General assembly debate on peacebuilding and sustaining peace.

As part of the development support globally, in 2017, India established the India-UN Development Partnership Fund. In 4 years, the Fund has developed a portfolio of 64 development projects in partnership with 48 developing countries.

These countries include 17 countries in Africa. Mathur, who is a counsellor at the Indian mission to the United Nations, said, "India, through its extensive development partnership with developing countries, particularly in Africa and Asia, has always played a constructive and significant role in the context of peacebuilding. "

The Indian diplomat explained, "India has and continues to assist countries bilaterally in post-conflict situations by providing substantial grants and soft loans". He added, "In the sphere of training, for example, for countries emerging out of conflict situations in Africa, our focused training in the areas of electoral administration, good governance, etc. has been deeply valued by these countries."

When it comes to Africa, India has executed 189 developmental projects in 37 African countries and currently, around 77 projects are under execution. The Indian government has also committed US $1.7 billion in soft loans for solar projects on the continent and has offered 50,000 scholarships to African students.

He also spoke about India's support for Afghanistan. He said, "In our neighbourhood, for instance, in Afghanistan, India is also contributing to peacebuilding efforts. Our development partnership, including more than 550 Community Development Projects covering all 34 provinces of the country, is aimed at strengthening Afghanistan. "

India has been a major donor to Afghanistan in the last 20 years. It has built several major infrastructure projects in the country, like the India-Afghanistan friendship dam in Herat, the Afghan Parliament.

Pratik is his closing comments pointed out that, "India has always been known for its unflinching commitment to peace-keeping" and "we are convinced that nation-building activities will be strengthened even more if the road ahead includes strong support for peacebuilding as well."