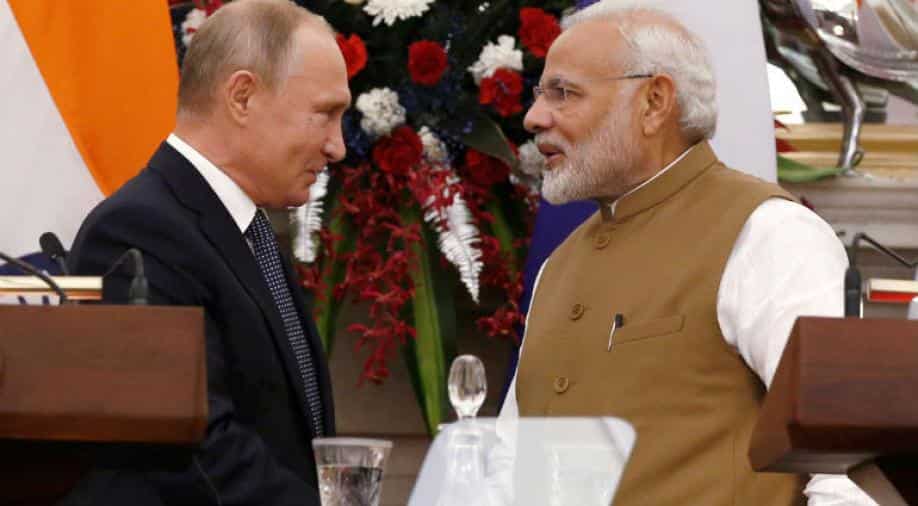 Responding to the S-400 deal between India and Russia, the United States has said that it doesn't want to damage the capabilities of its allies.

"The intent of our implementation of CAATSA is to impose costs on Russia for its malign behaviour, including by stopping the flow of money to Russia's defence sector. CAATSA is not intended to impose damage to the military capabilities of our allies or partners," the US embassy said in a statement.

"The waiver authority is not for a blanket waiver, it is transaction-specific. We cannot prejudge any sanctions decisions," it further added.

The US had earlier said that countries trading with Russia's defence and intelligence sectors would face automatic sanctions under a sweeping legislation called Countering America's Adversaries Through Sanctions Act or CAATSA.

A State Department spokesperson had said that the implementation of the sanctions act would be focused at countries acquiring weapons such as the S-400 missile batteries.

On Friday, India agreed to buy S-400 surface to air missile systems from Russia disregarding US warnings that such a purchase could trigger sanctions. Although there was no public signing, the deal was sealed during President Vladimir Putin's ongoing visit to New Delhi for an annual summit.