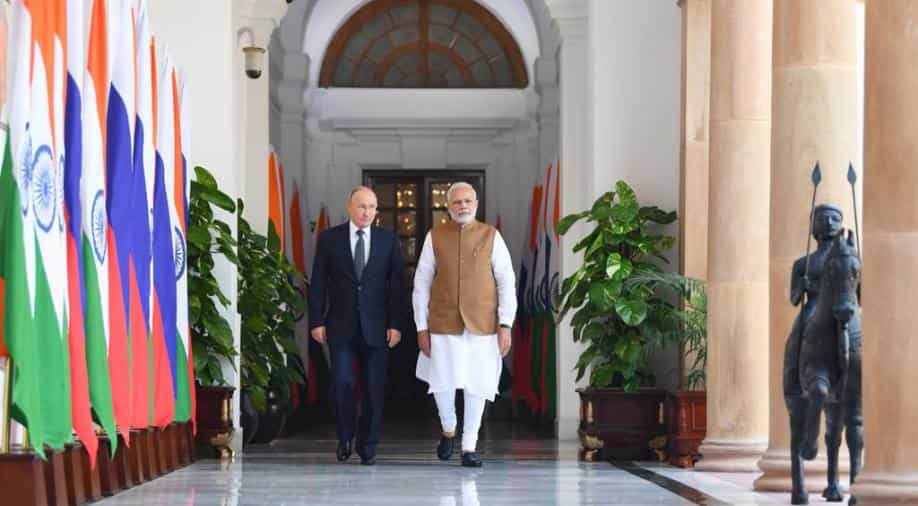 The deal is being described as a new chapter in India-Russia relations.

An official announcement regarding the deal is expected today at 1:30, according to ANI.

China was the first foreign buyer to seal a government-to-government deal with Russia in 2014 to procure the lethal missile system and Moscow has already started delivery of an undisclosed number of the S-400 missile systems to Beijing.

The S-400 deal violates US sanctions under the Countering America's Adversaries Through Sanctions Act (CAATSA) instituted by the US Congress on arms purchases from Russia.

The US has urged its allies to forgo transactions with Russia, warning that the S-400 missile defence system that India intends to buy would be a "focus area" for it to implement punitive sanctions against a nation undertaking "significant" business deals with the Russians.

American lawmakers, however, have allowed the possibility of a presidential waiver.

More than 80 per cent of India's military equipment was of Soviet origin during the days of the Cold War, but since its breakup, New Delhi has diversified its weaponry, the report added.

The two countries also inked a space deal for space cooperation. As per the agreement an Indian monitoring station will be built near the Russian city of Novosibirsk in Siberia.