Our efforts are to take India to the 5 trillion dollar club: PM Modi 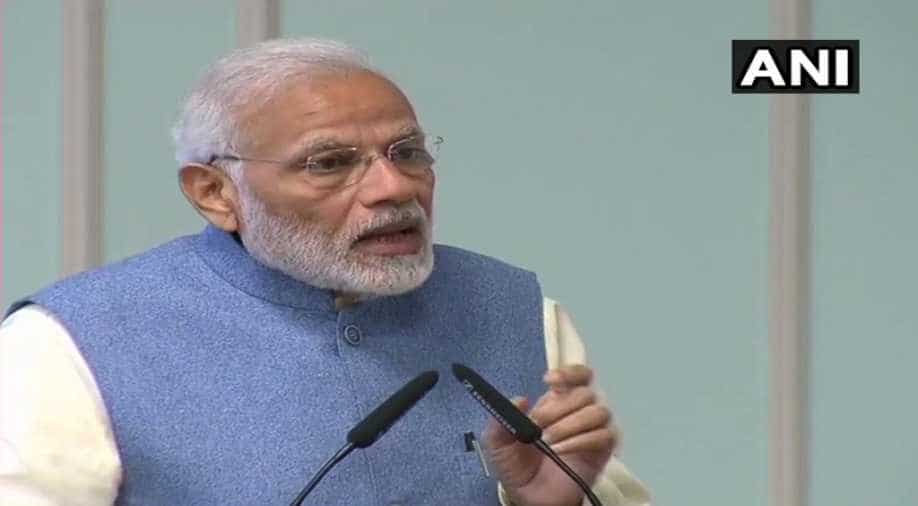 India's rank rose 23 places to the 77th spot in the 'Doing Business' rankings released on October 31.

Prime Minister Narendra Modi on Monday chaired a meeting with top industrialists and policymakers over India's vision to break into the top 50 in the World Bank's ease of doing business index.

Addressing the crowd at the meeting 'Reflections on Ease of Doing Business', PM Modi lauded India's efforts towards economic growth and over improvement in quality of life. The Prime Minister stated that all sectors of economy need to improve to take India to the 5 trillion club.

"As per the analysis of Moody and World Economic Forum the position of India has either gone up or is rising. Now our efforts are to take India to the 5 trillion dollar club. To achieve this, we have to improve in all the sectors of the economy," PM Modi said.

India's rank rose 23 places to the 77th spot in the 'Doing Business' rankings released on October 31.

"Before 2014, those who had seen instability in policies and policy paralysis, for them it was impossible to believe that India can earn a rank in world’s Top 100 countries," PM Modi said.

The meeting 'Reflections on Ease of Doing Business' was organised by the Department of Industrial Policy and Promotion as the government gears up for India's ranking to leapfrog on the 'Doing Business' index next year and boost the country's investment attractiveness.

Modi also informed that local leaders have been empowered and that implementation of ranking systems is underway on a district level in order to encourage better performance.

"There is a need for infrastructure, development, growth, man force and an increase in per capita income, which will only happen through investments," PM Modi stressed.