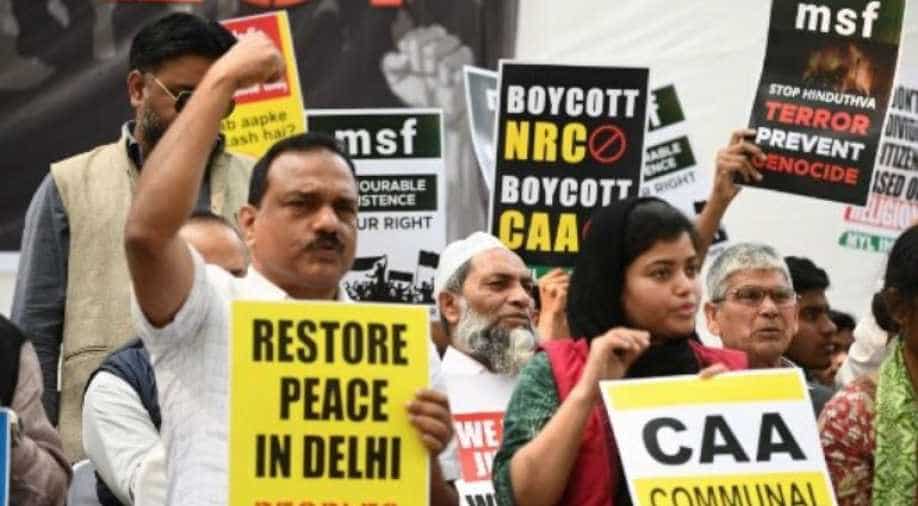 Supreme Court on Monday agreed to hear on March 4 a plea seeking immediate registration of FIR against BJP leaders Kapil Mishra, Anurag Thakur and others for their alleged "hate speech", that allegedly led to the violence in North-East Delhi.

The petition was filed by a group of Delhi violence survivors.

A bench of Chief Justice SA Bobde posted the matter for hearing on Wednesday after senior advocate Colin Gonsalves appearing for the survivors told the apex court that Delhi High Court had last week adjourned the issue for six weeks whereas people are dying every day.

Gonsalves said that it is an urgent issue and added that the top court should hear the matter today or tomorrow. The Chief Justice said that he "wished for peace" but added that the court cannot give preventive relief.

"We read newspapers, we know the kind of comments that are made. Courts come on to the scene after the thing is done and courts have not been able to prevent such a thing. We wish peace...," he added.

It sought the constitution of a Special Investigation Team (SIT) with officers from outside Delhi to probe violence and call in the army to maintain law and order in the national capital. The plea further sought an inquiry committee headed by a retired judge to probe police persons involved in the violence and exemplary compensation to all victims.

The petitioners also sought postmortem reports to be released immediately to the families of victims. IT also sought a direction to the government and police to make public the full list of persons detained by police and paramilitary and to preserve all CCTV footage of violence-affected areas.

At least 46 people lost their lives and more than 200 others sustained serious injuries in the violence that rocked North-East Delhi last week.