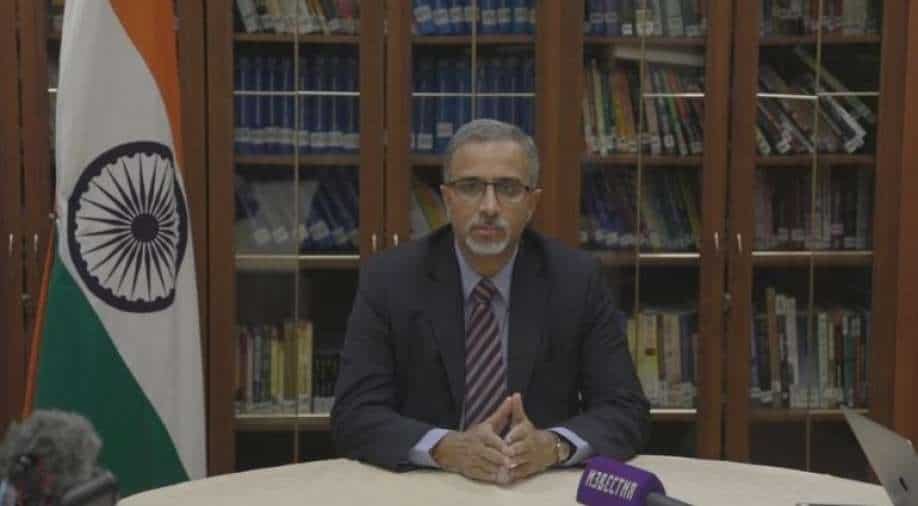 Sputnik V, along with Covishield and COVAXIN are the only three Covid vaccines allowed for use in India

In a development that will tremendously boost India's vaccination campaign, Sputnik V's production will start in the country in August, India's envoy to Russia, DB Venkatesh Varma has announced.

Sputnik V, along with Covishield and COVAXIN are the only three Covid vaccines allowed for use in India. Speaking to a group of reporters during his Saint Petersburg visit, Envoy Venkatesh Varma said," production in India is expected to start in August... 850 million doses of the Sputnik V vaccine will be produced in India by about September-October."

India will get Sputnik V vaccines from Russia in three ways: direct exports, fill and finish mode which means the vaccines will be filled in bottles in India, and finally, the Russian side will transfer technology to Indian companies for full production in India. Russian sovereign wealth fund Russian Direct Investment Fund (RDIF), which has funded the vaccine has signed a pact with five Indian companies for production in India.

"Almost 65 to 70 per cent of Sputnik V vaccine produced anywhere in the world will be from India," Envoy Varma said, explaining, that these " will be finally for India and once Indian demand is met, Russia will also export it to other parts." India has already got 210,000 (150,000 +60,000) doses of Sputnik V vaccine earlier this month and by the end of May, it will get 3 million doses in form of bulk for fill and finish mode. By June, this number will increase to 5 million.

The Russian side has already announced a single-dose vaccine called "Sputnik lite" and while "regulatory approval is still not completed" in India but once it is given, then the Covid vaccine will be "one more area of cooperation between India and Russia", the envoy remarked.

Amid the cCvid pandemic, both India and Russia have cooperated with each other with New Delhi sending hydroxychloroquine to the country last year, while this year Moscow sent two planes full of aid amid the second deadly wave of the Covid pandemic in India. Detailing the situation on account of the Covid pandemic, the envoy said, "situation is coming under control ".

More Russian aid is expected to reach India in the next few days. At the height of the 2nd wave of the covid pandemic in early May, India was reporting more than 400,000 covid cases with hospitals overburdened with cases.

It's imperative to note here that Russia has requested India to give samples of the B.1.617 Covid virus variant first found in the country, with New Delhi working on it. On the black fungus crisis, he said, India is in "touch with the Russian authorities if they can supply some medicines" related to the treatment of the illness.

Asked about the S400 Missile system, the envoy said that it will "be delivered in the last quarter of this year". India had signed the contract for the deal during Russian President Vladimir Putin's visit on October 5, 2018. Currently, Indian military specialists are being trained in Russia to operate the missile defence system. Dismissing delays in contracts in military space, envoy Varma says "what contracts have already been concluded are proceeding according to schedule, there is no delay in any of the contracts"

Ambassador Venkatesh was on a visit to the historic Institute of Oriental Manuscripts in the city that has collections of manuscripts from across Asia, including those related to India and Indo-Tibetology. PM Modi had visited the Institute in 2017 during his visit to Saint Petersburg and the current plan is to increase cooperation with the institute, with manuscripts being digitised. Saint Petersburg has a long tradition of Indology including the study of Sanskrit, Indian languages.