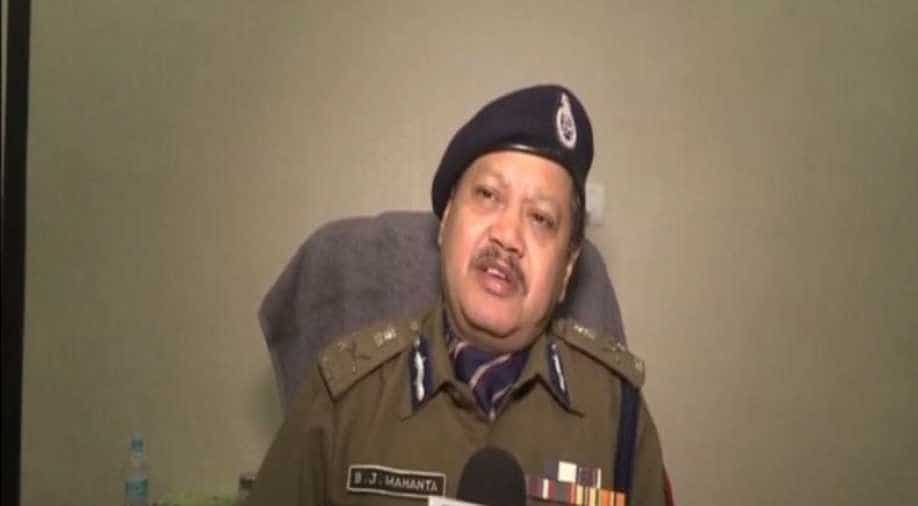 Protests have broken out in Guwahati and other parts of Assam following the passage of Citizenship (Amendment) Bill 2019 in Parliament on Wednesday, and it becoming an Act thereupon after the Presidential assent.

Assam DGP Bhaskar Jyoti Mahanta on Saturday said that the situation is coming to normalcy in the state and curfew in Guwahati has been relaxed today.

"The situation is much better now. In fact, it is coming to normalcy in all the districts. We had imposed curfew in Guwahati and Dibrugarh. It has been relaxed in Guwahati city today. In the last few days, we have arrested more than 100 people. We have released some persons who had just participated in the protest and not engaged in lawlessness," Mahanta told ANI.

"Some anti-social elements had infiltrated into the agitation and they had caused damage of property on a large scale. The government of India was very kind to dispatch 55 companies to Assam. Already, peace is coming back to the region. However, my warning is that there are bad elements who will try to disrupt the peace. I appeal to the people of Assam to follow the law and motivate their children to lead a life of peace," he added.

The curfew in Guwahati was relaxed from 9 AM to 4 PM by the administration today. Protests have broken out in Guwahati and other parts of Assam following the passage of Citizenship (Amendment) Bill 2019 in Parliament on Wednesday, and it becoming an Act thereupon after the Presidential assent.

As many as 26 Army columns were deployed in Assam to assist the Central Armed Police Forces (CAPF) to handle the situation.

The Citizenship (Amendment) Act, 2019 seeks to grant Indian citizenship to refugees from Hindu, Christian, Sikh, Buddhist and Zoroastrian communities fleeing religious persecution from Pakistan, Afghanistan, and Bangladesh and who entered India on or before December 31, 2014.