On parole, Sasikala can only visit hospital where ailing husband is admitted 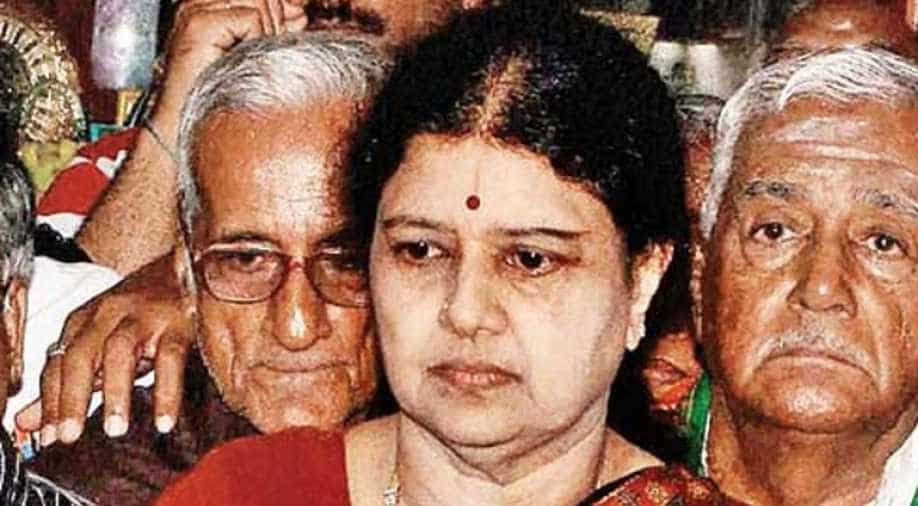 Bengaluru Central Prison officials added, that while on parole, Sasikala cannot entertain visitors, involve herself in public or party activities, and cannot talk to the media. Photograph:( DNA )

VK Sasikala is only allowed to visit the hospital where her husband is admitted while she is out on parole, the Bengaluru Central Prison said Friday.

Nor will she be allowed to entertain visitors, involve herself in public or party activities, or interact with the media, prison officials added.

On parole Sasikala restricted to only visit hospital where her husband is admitted/residence mentioned in her plea: Bengaluru Central Prison

#WATCH: VK Sasikala leaves from Bengaluru's Central Jail after being granted a parole of 5 days to visit her ailing husband pic.twitter.com/llHAcW560q

She was granted five days of parole to visit her ailing husband.

Sasikala was expelled from the AIADMK after a meeting attended by the E Palaniswami and O Panneerselvam factions last month.

Sasikala, who once dominated Tamil Nadu politics as a close aide of Jayalalithaa, has been relegated to the margins within the AIADMK after the two rival factions led by current Tamil Nadu chief minister E Palaniswami and deputy chief minister O Panneerselvam merged in September.

While in jail, the former AIADMK leader courted controversy after senior prison officers said she received special privileges in jail.

The Tamil Nadu government had ordered an enquiry after the accusations surfaced.

A two-judge bench of the Supreme Court had found the former AIADMK general secretary guilty of having assets disproportionate to her income in February.