Ratan Tata's office dog's name is Goa. Here is the viral story behind it 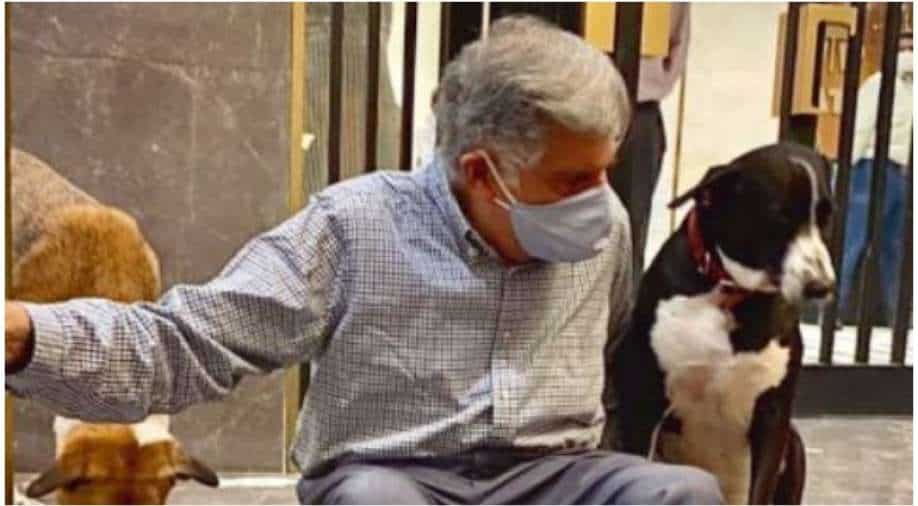 On Wednesday, Tata posted a pic of him with dogs. There is nothing business-like in the picture. Ratan Tata appears in a casual mode

Ratan Tata needs no introduction. The Chairman Emeritus of Tata Group is a respected figure not just in business circles, but among public as well. His salt-to-steel conglomerate has been an important part of India Inc's success story. Ratan Tata's love for animals is also well known.

On Wednesday, Tata posted a pic of him with dogs. There is nothing business-like in the picture. Ratan Tata appears in a casual mode. In this picture, Ratan Tata is not the business mogul he is, but just a man who is fond of animals.

There are nearly 1 million likes on this photo.

A user wondered why the office dog was named 'Goa'. The name is a departure from usually preferred ones like 'Tommy' etc. The user asked Mr Tata about this.

And Ratan Tata actually told him the interesting reason why the dog was named so.

Tata said that the dog was a stray puppy. It jumped into Tata's colleague's car in Goa and came all the way to Bombay House, the global headquarters of Tata Group in Mumbai.

Goa is being well looked after at the Bombay House as there are provisions there to ensure that street dogs are well cared for.