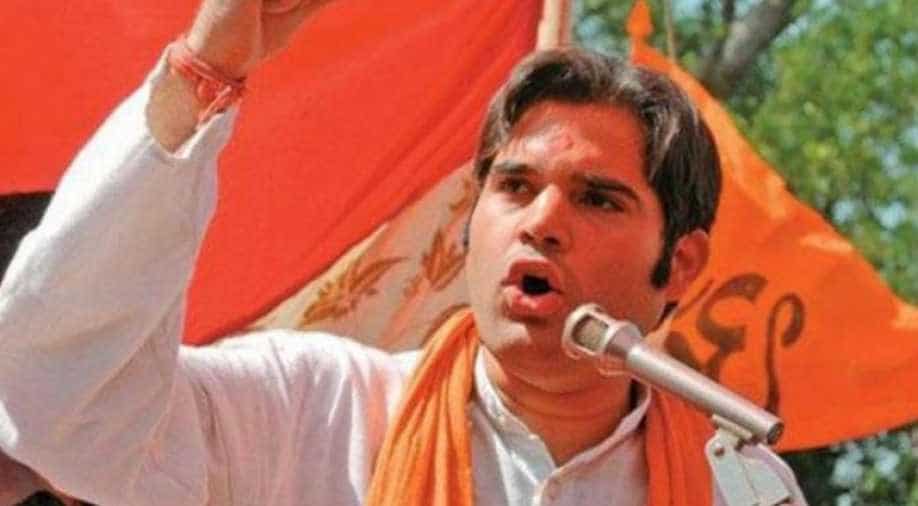 BJP MP from Sultanpur Varun Gandhi has written a book called "Rural Manifesto" in which he has highlighted the problem faced by Indian agriculture. He spoke with WION on the issues faced by the Indian farmers. BJP recently lost the momentum in Madhya Pradesh, Rajasthan and Chhattisgarh because of strong rural distress and subsequently lost elections to Congress in the three states.

WION caught up with the BJP MP to talk about his book, the future of Indian agriculture and the contentious farm waiver issue.

WION: What prompted you to come out with the book "Rural Manifesto"?

A: Throughout my travels to the Indian rural hinterland, one could sense that the existence of a village was largely dependent on agriculture although it remains fragmented along delicate faultlines.

The book explores the feasibility of an Indian village as an independent socio-economic entity, capable of sustaining itself independent of external linkages. The inspiration for the book came from my travels across India's hinterland.

A: Agrarian issues have always been at the forefront among Indian electorate since a majority of our rural population is still largely dependent on agriculture.

Post-1991, agriculture has grown at one per cent on average, while the industry has grown at eight per cent - we have built our economy on the back of distraught peasants. Policy apathy and policy inefficiency have adversely impacted the farmer's condition over the long term. Perhaps it’s time for a relook at our national priorities.

WION: Is it correct to say that the "India and Bharat" divide continues to exist in the country?

A: My interface with hopes and aspirations of people in various parts of the country (primarily rural and urban) shows that there remains multiple worlds within one single nation. It seems as if India and Bharat exists and flourishes together, yet remains bifurcated along delicate socio-economic fault lines. Rural distress cannot be looked at in isolation, as agrarian distress can cause large-scale socio-economic unrest.

WION: What are the major problems being faced in Indian agriculture?

A: There are a host of issues with Indian agriculture primarily driven by agrarian distress – be it increasing cost of cultivation, access to clean water and energy, inadequate marketing reforms and limited avenues for non-farm income at the village level.

Inadequate marketing reforms are an important reason for dwindling farm incomes. The challenge is that the farmer loses out in both good and bad times. In bad times, crop failures lead to rural debt and in good times, it leads to drop in prices.

Our policies can also have unintended harmful consequences. Our increased focus on groundwater extraction, essentially a symptom of inadequate irrigation, has led India to top the list of countries with maximum freshwater withdrawals, with water availability declining by seventy per cent since independence.

Further, free or cheap electricity for running pumps has led to reduced investments in our agricultural mechanization, whilst contributing to the financial burden of the state electricity boards, which in turn remain ill-equipped financially to undertake transformative initiatives in our energy transmission and distribution.

To make matters worse, decreasing landholdings mean that our farmers are increasingly failing to take any advantage of economies of scale. In such a scenario, we need retailers so that Indian agriculture can be revived, with the view towards increasing non-farm incomes (through increased focus on MNREGA, extra benefits for high employment-intensity sectors, job-creation at their doorstep) over the long term.

WION: Do loan waivers work? Many argue that sops do not work in the long run?

A: Farm loan waiver is essentially an emergency measure rather than a kneejerk reaction to agrarian distress - it remains a short-term, stop-gap arrangement till credit culture improves alongside rising farmer incomes.

Let us consider a few figures – indebted farm households have increased from 25 per cent in 1992 to 52 per cent in 2016. The average debt of an agricultural household stands at Rs 1.04 lakh, whereas the average monthly income stands at Rs 8,900 – thus, the average debt is roughly their annual income. Nearly seventy per cent of India’s estimated 90 million agricultural households ends up spending more than their earnings, thereby being caught in a spiral of ever-increasing debt. In such times of economic desperation, a farm loan waiver is needed to provide immediate relief.

WION: Is it correct to say that loan waivers equals populist politics?

A: It would be unfair to call loan waivers as populist, without understanding the condition of farmers in detail. At present, our farmers remain a beleaguered lot – lack of growth in farm incomes have meant that increasing number of agricultural households have sunk in debts -  indebted farm households have increased from 25 per cent in 1992 to 52 per cent in 2016, with incidences of debt maximum in the lowest income farmer category.

Our fiscal pundits seem to have a rather curious penchant for decrying the offering of any fiscal sops offered to farmers, while discounting those offered to the industry. The current NPA crisis is not because of farmers holding back on repayments. It is puzzling that while putting money in people’s hands through increased salaries or easier loans for growth is termed economic stimulus, providing loan waiver at a time of perpetual indebtedness is termed as an "economic waste".

A: It would be quite early to say that we are witnessing the revival of class over caste after 30 years of mandalised politics. We need to keep in mind that farmers over the last few decades have not voted in a block. This happens as personal identity, as opposed to being a monolith, remains a complex dissemination of various factors and thus remains subject to caste and religious considerations.

During these years, we have witnessed farmer protests, independent of time or geography, against conditions arising from fundamental weaknesses in our agriculture. It is heartening to see that the farmers are uniting and making their voices heard. The government understands their struggles and shall be receptive to their demands with a view of improving their condition while undertaking effective reforms to empower them in the long run.

A: About 70 per cent of our population lives in villages even after over 70 years of independence, and among them, a significant majority stays dependent on agriculture. The agrarian distress is primarily caused by certain structural weaknesses in our agricultural edifice. Even a century after Mahatma Gandhi sought freedom from farmer exploitation (Champaran), our farmers remain a beleaguered lot.

WION: When it comes to agriculture, the focus continues to remain on landed communities whereas landless workers get a raw deal. Do we require better intervention in this sector?

A: Non-farm diversification is typically an important pathway for empowering landless labourers and marginal farmers helping them overcome the land constraint for growth while offering sustainable income that can provide the capacity to absorb external farm shocks and provide capital for agricultural investment.

Most of the rural non-farm income is associated with urban migration, with most village youth working as labourers in nearby towns and cities. Among non-farm income sources, livestock and construction incomes are a broad-based critical component.

The recommendations of the Swaminathan Committee pertaining to distribution of ceiling surplus and wasteland shall help our landless and small/marginal farmers.